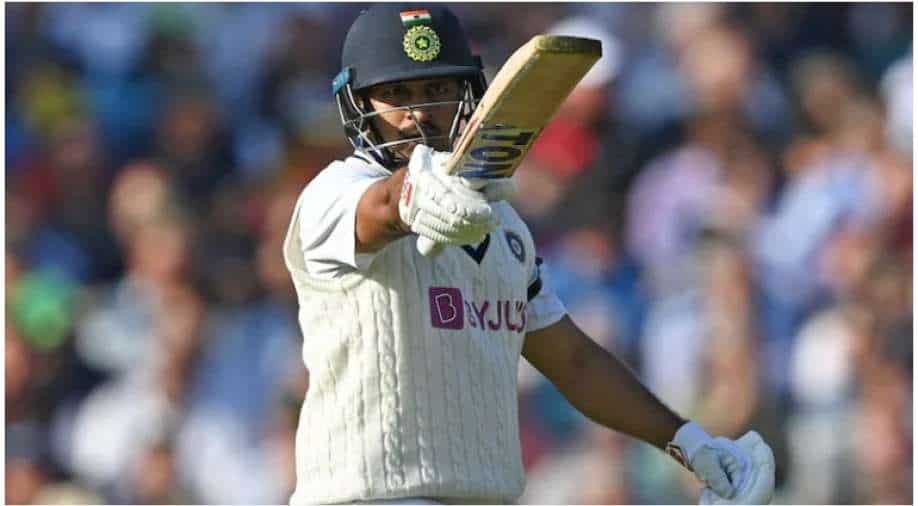 India vs England: Shardul Thakur's quickfire fifty propelled India to 191 all-out on Day 1 of the 4th Test at The Oval, London. England went to stumps at 53-3.

India were in deep trouble at 127-7 in the final session on Day 1 of the 4th Test versus England, after being asked to bat first. After Rishabh Pant's dismissal, the likes of Shardul Thakur, Jasprit Bumrah & Co. were expected to take India's total beyond 150-175. However, it seemed an improbable task versus Chris Woakes, Ollie Robinson and the likes.

Nonetheless, Shardul -- who had also scored a stunning half-century in India's famous Gabba Test victory early in the year -- took on the English attack and played his strokes to all parts of the ground at The Oval, London. Some of his flicks and drives were top-class as he kept the scoreboard ticking and suddenly India found some momentum to cross the 175-run mark. Eventually, the visitors folded for a paltry 191 but the mood in the camp was quite positive following Shardul's vital 57.

For the unversed, Shardul slammed the fastest-ever fifty (in 31 balls) in Tests in England; breaking a 35-year-old record previously held by Ian Botham. Hence, he was lauded by the cricket fraternity for his explosive and fearless batting. Here are some of the reactions -

Fastest Test fifty in England. Ever. Ever. #Lord #Shardul #EngvInd

Shardul's 57 was laced with 7 fours and as many as 3 sixes, at a strike-rate of 158.33. Meanwhile, the Indian top and middle-order continued to struggle, barring Virat Kohli (50), as the likes of KL Rahul, Rohit Sharma, Cheteshwar Pujara, Ajinkya Rahane, Rishabh Pant and Ravindra Jadeja failed to get going. Amid all this, all-rounder Shardul's whirlwind knock came as a huge surprise and took India near the 200-run mark.

The first day's play ended with England being 53-3, trailing India by 138 runs. While Jasprit Bumrah removed the openers, Umesh Yadav struck towards the fag end of the day to dismiss in-form English skipper Joe Root as the match remains wide open.