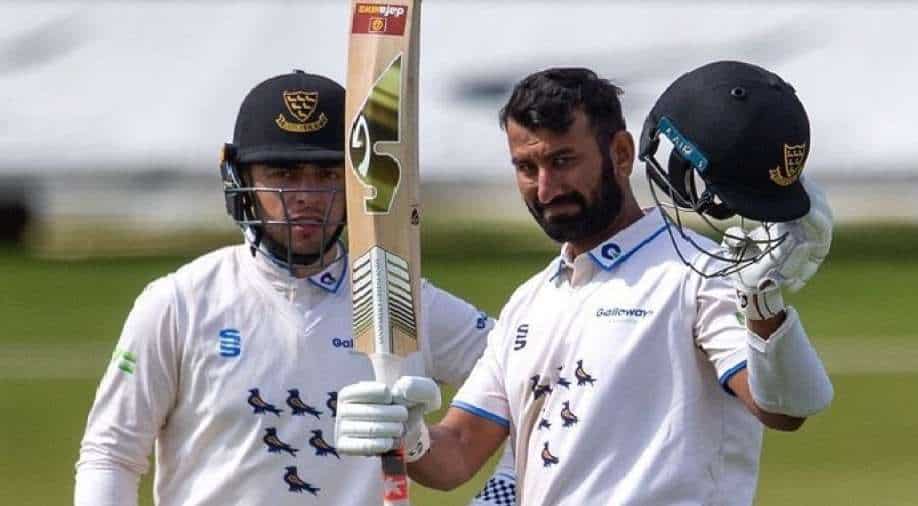 The batsman also became the second Indian cricketer to score a double century in county cricket after Mohammad Azharuddin who represented Derbyshire.

It was a debut to remember for Cheteshwar Pujara as the India batsman scored an unbeaten double hundred to grab a draw for Sussex during their 2022 County Championship match against Derbyshire on Sunday. The right-hander, known for his discipline and defensive game, played his trademark game as he scored 201 off 387 balls with the help of 23 boundaries to save the game for his side.

Pujara currently has 14 double centuries in first class cricket – the most by any cricketer since the start of the 21st century. The knock against Derbyshire allowed him to surpass Sri Lanka legend Kumar Sangakkara who scored 13 double centuries.

The batsman also became the second Indian cricketer to score a double century in county cricket after Mohammad Azharuddin who represented Derbyshire. The former Indian cricket team skipper scored 212 against Leicestershire in 1991 and 205 against Durham in 1994.

Pujara, who has not played for India since the tour of South Africa, stitched together a 351-run stand with Tom Haines (243) as Sussex were able to draw the encounter after being followed on.

On the personal front, this ended a century draught for Pujara lasting 52 first-class innings with the last ton coming way back in 2020 when he scored 248 for Saurashtra against Karnataka.