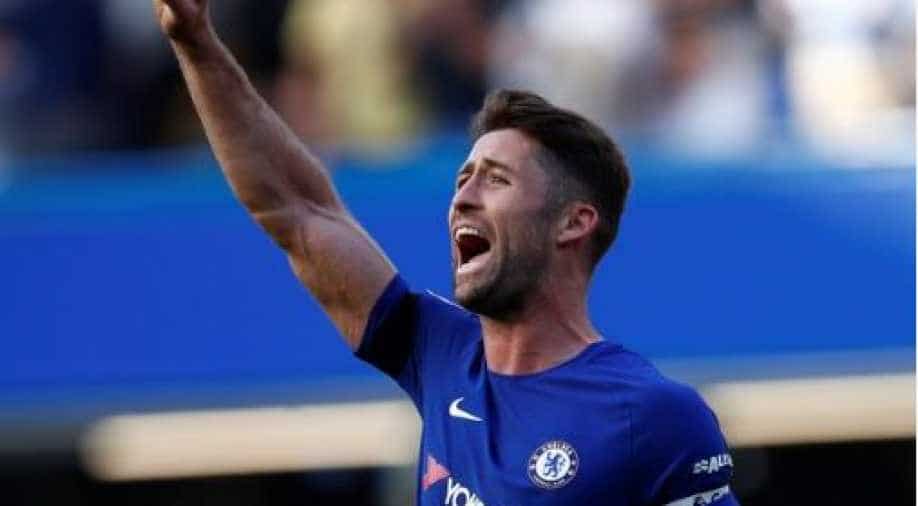 It might not save manager Antonio Conte's job but Chelsea can still salvage a disappointing season by winning Saturday's FA Cup final against Manchester United, says, captain Gary Cahill.

A year ago Conte's team went into the Wembley showpiece against Arsenal as Premier League champions and were one win away from completing the double in the Italian's first season.

While a 2-1 defeat by the Gunners stung it was not considered the end of the world. A similar outcome on Saturday, however, would be unpalatable for the Blues.

They finished the Premier League season in fifth place, 30 points behind champions Manchester City, and will have no Champions League football to look forward to in September.

For Cahill, it has been an especially trying campaign with poor form resulting in him losing his place at various stages of the season and falling down the England pecking order.

But victory on Saturday would represent a silver lining.

"Last season in the Cup final we didn't switch off. We just had a relaxed atmosphere," Cahill told reporters at Chelsea's FA Cup final media day. "We went into it thinking with our momentum we could just deliver like we did for the rest of the season.

"This is a different kind of feeling.

This is like we are going into it to save the season.

The rise of the Champions League has made finishing in the Premier League's top four spots imperative for England's biggest clubs, both because of the income it generates and the showcase it provides to attract top signings.

Tottenham Hotspur goalkeeper Hugo Lloris said this month that finishing in the top four meant more than winning a trophy.

"You can't tell me the FA Cup isn't ranked high. You are talking to the wrong fella," he said. "Maybe if you talk to some of the other boys...The FA Cup ranks as high as you like. It's right under winning the league for me.

"I've grown up around it. It's an opportunity to win the final. It's like if you are in the top four and qualify for the Champions League for seven or eight years, but don't win any trophies. Would you swap that for what we've done?

"I wouldn't, but that's me personally."

With Conte widely-expected to move on in the close-season, there has been an air of uncertainty around the club in recent months.

If Saturday's clash is to be his last game Cahill wants to make sure Conte's reign ends on a high.

"It's been a strange season," he said. "There's been speculation here, there and everywhere. There have been all sorts of different things. It's entertaining!

"We can win the Cup and finish on a high."

Cahill has endured a difficult season on the pitch and is by no means a certainty to start Saturday's final.

His patchy form has also put his place in England's World Cup squad, which is announced on Wednesday, in jeopardy.

"I'll wake up on Wednesday and if I'm in, I'm in. I'll go there and give everything I've got. If I'm not in I'll go away with my family and reflect," he said.

"It won't affect my preparations for the Cup final. My CV is there. It's just whether they want to use it.

"That's not my decision."