Champions League: We must take the game to Chelsea, says Juventus' Massimiliano Allegri 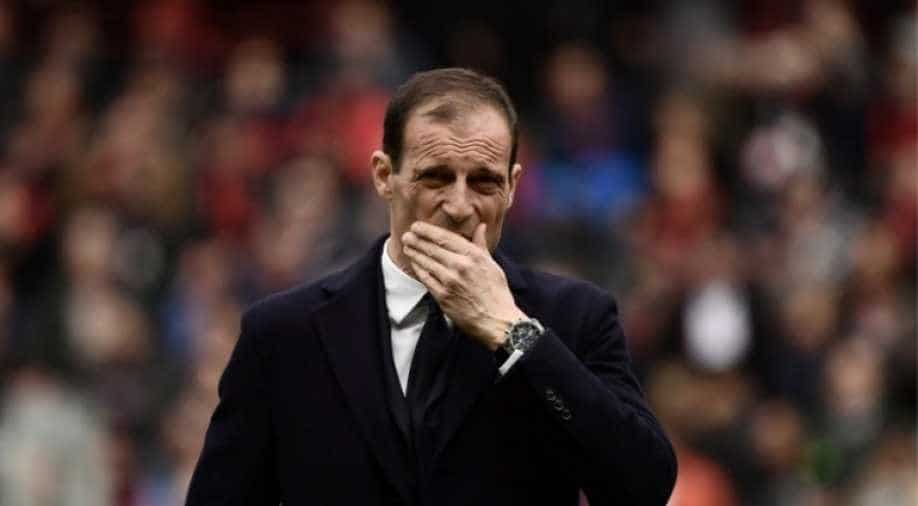 Without the injured Paulo Dybala and Alvaro Morata, Allegri said he has no other option but to deploy Moise Kean in the lone striker role

Juventus coach Massimiliano Allegri said his team will be punished if they sit back in their Champions League clash with holders Chelsea in Turin on Wednesday as he called for his side to take the game to their opponents.

Juventus has endured a difficult start to the season after failing to win any of their opening four league games for the first time in 60 years, and come into the match against Chelsea with several injuries.

They did get off to a winning start in the Champions League against Malmo two weeks ago, while Allegri's men also earned victories in their last two Serie A matches.

The Juve coach hopes that will give his side a boost ahead of Wednesday's encounter.

"You need to apply pressure but you have to play well," Allegri told a news conference.

"You can't play 95 minutes under pressure. When you have the ball you have to breathe to build and recover immediately.

"They are strong on the counter-attack, they are strong in dead balls. It will be difficult to find gaps and we will have to be good all over the pitch.

"We will need patience, but we will have to have fun. We have improved in recent games. The emotion is natural. In front of us we have a team where if you make mistakes, you are punished."

Without the injured Paulo Dybala and Alvaro Morata, Allegri said he has no other option but to deploy Moise Kean in the lone striker role.

"He (Kean) has to play and score," Allegri added. "One thing he knows how to do well is scoring. He has to improve when he has to play with the team, in terms of individual technique."

Speaking at the same news conference, defender Giorgio Chiellini insisted no extra motivation was needed ahead of such blockbuster European encounters.

"It was easy to prepare the game, the coach has told us the same thing," Chiellini said.

"These are very nice games, you can prepare them easily.

"We’ll be playing home against the European champions, it will be challenging."