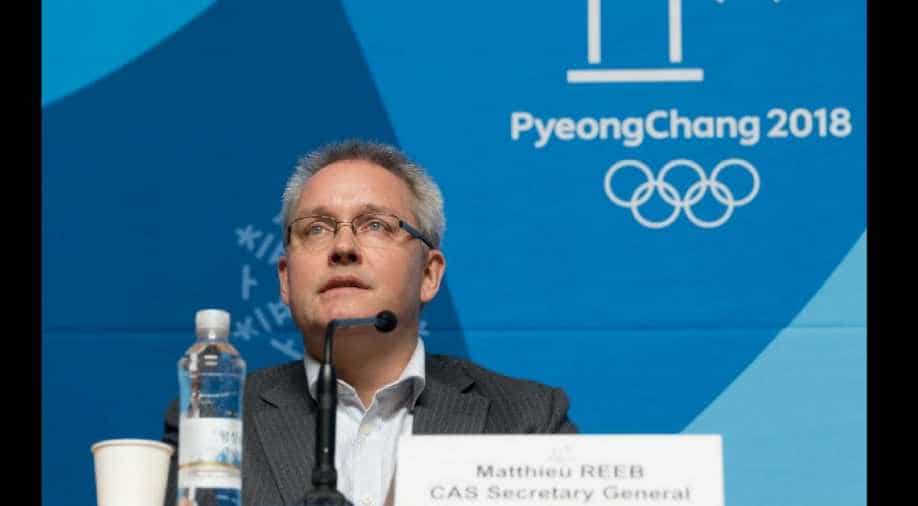 Matthieu Reeb, secretary general of the Court of Arbitration for Sport (CAS), announces the court's decision regarding dozens of Russian athletes banned for doping, in Pyeongchang on February 1, 2018. Photograph:(AFP)
Follow Us

The Court of Arbitration for Sport on Thursday lifted life bans on 28 of the 43 Russians accused of doping at the 2014 Sochi Winter Olympics.

In a decision that could allow some of them to compete in this month's Winter Olympics in Pyeongchang, sport's top court ruled there was "insufficient" evidence that the athletes had benefited from a system of state-sponsored doping at the last Winter Games, hosted by Russia.

CAS said in its judgement: "In 28 cases, the evidence collected was found to be insufficient to establish that an anti-doping rule violation (ADRV) was committed by the athletes concerned."

The International Olympic Committee has banned Russia from competing at Pyeongchang as a team over the doping scandal, although 169 Russian competitors have been cleared to take part as neutrals.

Putin's spokesman says 'very glad' at the lifting of the ban on 28 Russian athletes.