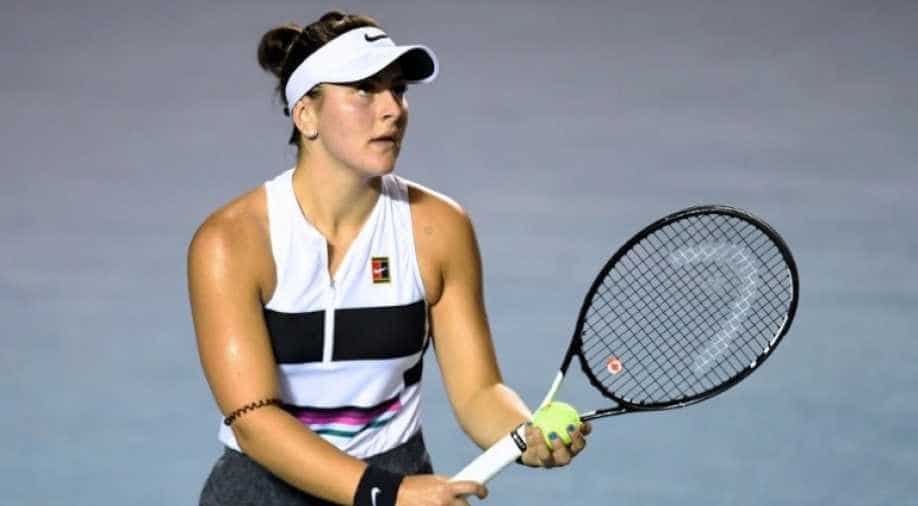 Kerber won the last four games of the opening set and the last three games of the second to subdue Bencic, who was coming off her first WTA title in four years in Dubai.

Germany's Kerber, ranked eighth in the world, ended Belinda Bencic's 12-match winning streak with a 6-4, 6-2 victory to reach the final in the California desert for the first time in her third semi-final appearance.

Kerber won the last four games of the opening set and the last three games of the second to subdue Bencic, who was coming off her first WTA title in four years in Dubai.

The 22-year-old Swiss, whose career was disrupted by a string of back and wrist injuries, had beaten six top-10 players in her winning streak, including world number one and defending Indian Wells champion Naomi Osaka in the fourth round here.

But she couldn't find a way past Kerber, who broke Bencic from 30-0 down in the final game of the opening set.

Kerber dropped her serve in the opening game of the second set, but broke Bencic twice to lead 3-1 before the Swiss clawed back another break.

But Kerber, taking full advantage of Bencic's 27 unforced errors in the match, won the next three games, to clinch it.

A quick word from your @BAndreescu_ after her big win! #BNPPO19 pic.twitter.com/cfmM4wSaPV

"It's always tough to play against Belinda," Kerber said. "She played so great in the past few weeks.

"I really enjoy the semi-finals here - it was already twice here, and I'm really happy to be in the final for the first time now."

Kerber, 31, will be playing 18-year-old Andreescu for the first time.

"I'm really looking forward to a really tough battle. She's here as a wild card, and she beat a lot of good players," Kerber said. "She has nothing to lose, she enjoys her tennis and she's a great player."

Andreescu, ranked 60th in the world after starting the year at 152, continued a stellar run that included a quarter-final victory over former world number one Garbine Muguruza.

She's the first wild card to reach the women's final at Indian Wells.

"It's incredible," she beamed when told of the achievement. "Another goal of mine was to make history and I just did."

"I really need a moment to soak this all in. This is just so incredible," an emotional Andreescu told the crowd. "This past week has been a dream come true."

Andreescu, who came through qualifying to reach the final at Auckland and made the semi-finals in Acapulco in February, had to dig deep to close it out against Svitolina, who saved on match point against her serve in the penultimate game to force Andreescu to serve it out.

It would take three more match points for a weary-looking Andreescu to succeed, when another baseline rally ended with Svitolina firing a forehand into the net.

"I really need a moment to soak all this in," said an emotional Andreescu, who was battling cramp in the closing games.

"I think the cramping was because I was so stressed out with everything," Andreescu said. "But I have had many moments like this in the past, playing Challenger events, juniors. Breathing really helps for me, so I took a lot of deep breaths and I tried not to get mad at myself. It really worked.

"It was a roller coaster," she said. "I'm really happy I pulled through."