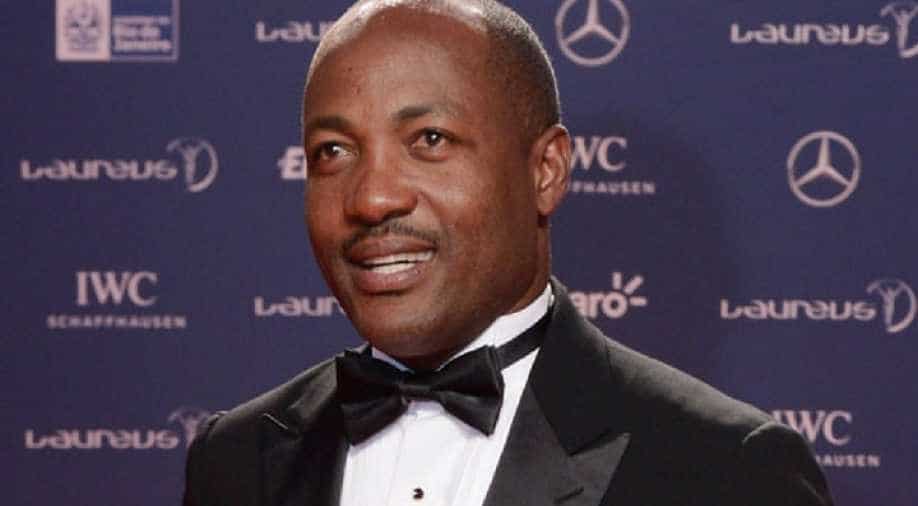 A file photo of Brian Charles Lara. Photograph:( Others )

He is acknowledged as one of the best cricketers of his times due to some great innings he played for his side.

Lara slammed his maiden Test century and scored 277 runs against Australia in 1993.

Brian Lara became the first and only player to score 350+ scores twice in Test history and also hold the world record of scoring most runs in a single over in Test cricket.

Wishes poured in from all over the world on Twitter wishing the great cricket legend.

If at all someone turned batting into a fine arts masterclass, it has to be this man. No other left handed Batsman has fascinated me as much as him. Played BEST playing against the BEST. Wishing the Greatest and My most favorite @BrianLara Happiest of Birthdays ?? pic.twitter.com/1CXCKsDbqz

- Only man to score 500 runs in a first class innings.

- Only man to break the record of highest individual score in Tests twice.

Here he is in his last appearance at Lord's, playing in the Bicentenary Match in 2014. What is your favourite Lara memory? ? #LoveLords pic.twitter.com/1vzmlxcis5

?x 400 - just the kind of ? one of cricket's greatest batsmen, @BrianLara, deserves on his birthday! #HappyBirthdayLara pic.twitter.com/vIRV1D5MjH

Former West Indies run machine Brian Lara turns 49 today. He holds the records for highest score in first-class cricket (501 not out for Warwickshire against Durham) and Tests (400no against England) pic.twitter.com/m3a4KPzQwb

Cricket Australia video today: Ian Healy master of the stumping. He was. https://t.co/zfKfeLKUlA

Here’s a stumping they missed though:https://t.co/1YyWbEit62

He played his last match on April 21, 2007, against England and scored 18 runs. While interacting with media post-match he asked, "Did I entertain?" to sum up his entire career.