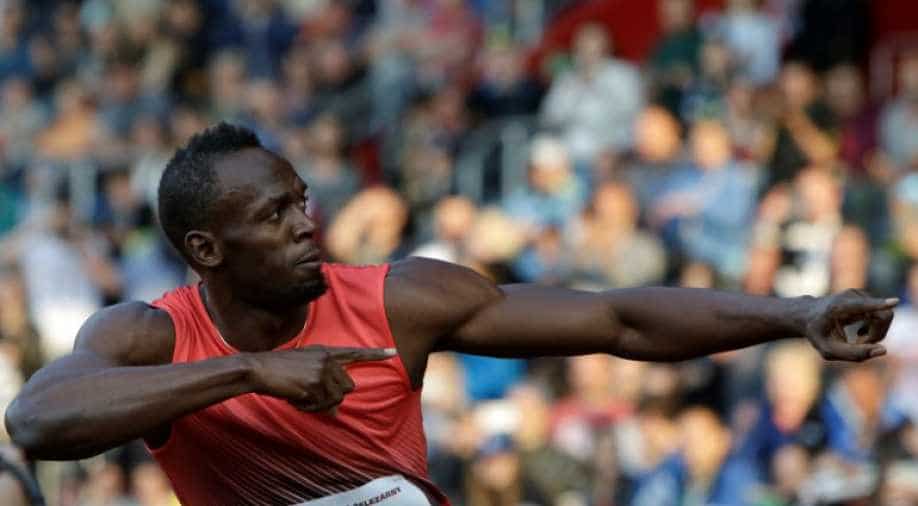 Yohan Blake went on to win the trial in 9.95 seconds after Bolt (in photo) dropped out. Photograph:( Reuters )

Follow Us
Usain Bolt confirmed suffering a grade one hamstring tear at Jamaica's Olympic trials on Friday but the star sprinter expects to secure his place at the Rio Games by proving his fitness at the London Anniversary Games later this month.

Bolt withdrew from the final of the men's 100 metres after Friday night's semi-finals as Yohan Blake went on to win the trial in 9.95 seconds.

"After feeling discomfort in my hamstring after the first round last night (Thursday) and then again in the semi-final tonight (Friday) I was examined by the chief doctor of the national championships and diagnosed with a grade 1 tear," Bolt said on his official Facebook account.

"I have submitted a medical exemption to be excused from the 100m final and the remainder of the National Championships."

"I will seek treatment immediately and hope to be fit at the London Anniversary Games on July 22 to earn selection for the Olympic Games in Rio," the two-time 100m and 200m Olympic gold medallist added.

Bolt had clocked 10.04 seconds to win the semi-final one after a poor start.

His withdrawal does not mean he would miss the Rio Olympics, where Bolt is expected to defend his 100m and 200m titles.

Unlike the United States, where the first three in the trials win Olympic berths, Jamaica's selection policy allows medical exemptions.

His coach Glen Mills said that efforts were on since Thursday night to get Bolt ready for Friday's semi-final and final.

"Hamstring injuries are always serious. The fact that he couldn't run, showed it is serious, but we'll see what happens between now and (the Olympics)," Mills said at the trackside after another of his charge, Blake, won the trial.

Bolt also posted a photo of receiving treatment on his Instagram page.