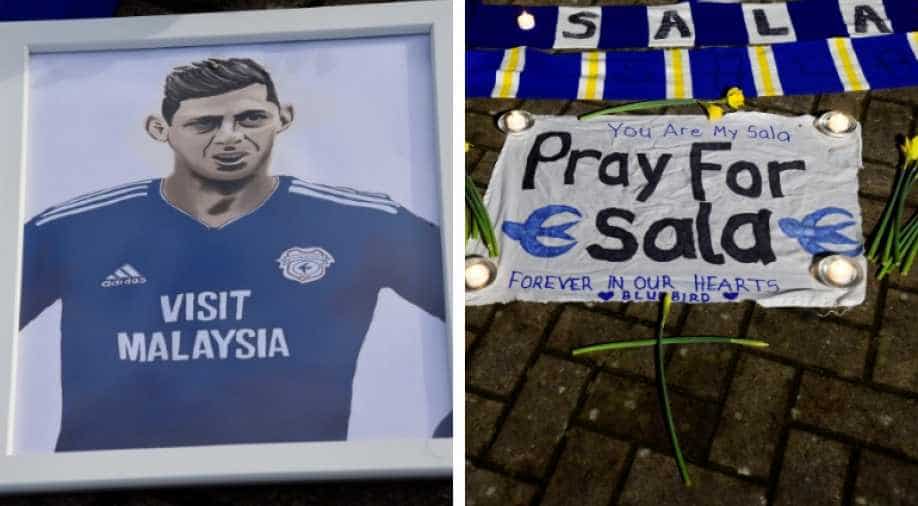 Earlier, the missing plane carrying Sala and his pilot was found, the investigators told AFP on Sunday.

British investigators on Monday said they had spotted a body in underwater images of the wreckage of the plane carrying footballer Emiliano Sala and pilot David Ibbotson that disappeared in the Channel two weeks ago.

"Tragically, in video footage from the ROV (Remotely Operated Vehicle), one occupant is visible amidst the wreckage," the Air Accident Investigation Branch said in a statement.

"The image shows the rear left side of the fuselage including part of the aircraft registration," the AAIB said. "We intend to publish an interim report within one month of the accident occurring."

Earlier, the missing plane carrying Sala and his pilot was found, the investigators told AFP on Sunday.

"I can confirm it has been found," a spokeswoman for Britain's Air Accidents Investigation Branch (AAIB) said.

Sala was travelling from France to join up with his new club, Premier League side Cardiff City, in a light aircraft on January 21 when it went missing close to the Channel Islands.

Suspected debris from the plane washed up on the Normandy coastline in France last Wednesday.

Sala was flying in the Piper PA-46 Malibu plane after transferring from French team Nantes in a 17 million euro ($19.3 million) move.

It vanished from radar around 20 kilometres (12 miles) north of Guernsey, with pilot Dave Ibbotson the only other person aboard.

David Mearns, whose private company, Blue Water Recoveries, was hired by Sala's family to search for the plane, said on Twitter that the wreck was spotted early Sunday.

" There's a substantial amount of wreckage on the seabed," he wrote, adding: "This is about the best result we could have hoped for the families."