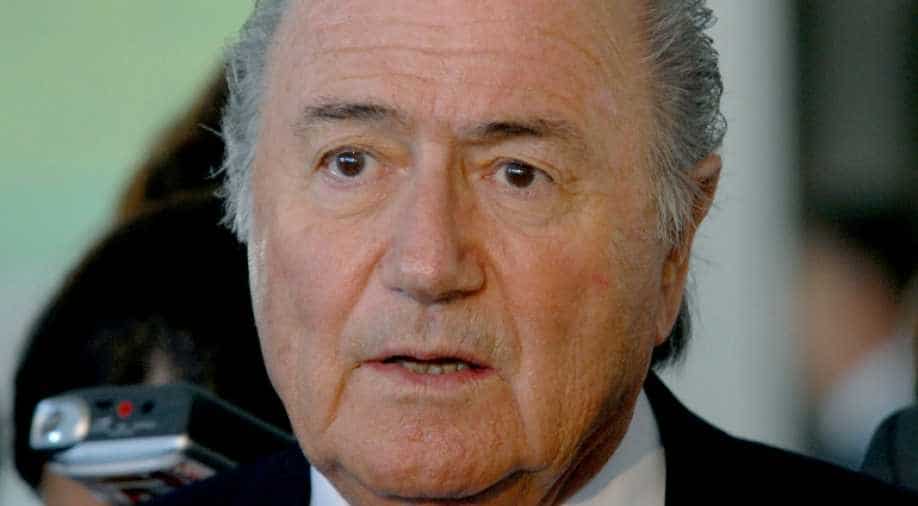 Blatter has denied the allegations. 'The allegation is ridiculous,' a spokesperson for him said.?(Image source: Wikimedia Commons) Photograph:( Others )

Former FIFA president Sepp Blatter was facing questioning Tuesday by a Swiss prosecutor over a payment of two million Swiss francs ($2.2 million) made to former UEFA boss Michel Platini in 2011.

Former FIFA president Sepp Blatter was facing questioning Tuesday by a Swiss prosecutor over a payment of two million Swiss francs ($2.2 million) made to former UEFA boss Michel Platini in 2011.

The 84-year-old arrived around at 09:00 am at the headquarters of the Public Ministry of the Confederation (MPC) in Bern, where Platini, the former head of European football, had been questioned the day before by prosecutor Thomas Hildbrand.

"This is the moment when we start to talk about this dossier which has lasted for five years, and about which I have never been asked questions, so I am happy to be able to give information on it," said Blatter as he arrived.

The investigation, which was set up in 2015, is looking into the payment Platini received from FIFA in 2011 for an advisory job completed in 2002, on suspicion of "complicity in unfair management, embezzlement and forgery".

Platini said in June when he was added by Hildebrand to the investigation that the Swiss Attorney General's office had "confirmed in writing in May 2018" that his case was closed.

The 65-year-old former French football great now has the status of "accused" alongside Blatter.

Blatter, who led the global football body from 1998 to 2015, told AFP the payment was above board.

"It was back pay for work done by Michel Platini. The sum was validated by the finance commission. It cannot be a criminal offence," said Blatter.

FIFA deemed the sum a "disloyal payment" and suspended Blatter and Platini from all football-related activities, which prevented the former UEFA chief from running for another term as president in 2016.

Two other former FIFA executives, Frenchman Jerome Valcke, the former secretary-general, and German Markus Kattner, the former financial director, are being investigated on "suspicion of unfair management", the OAG has said.

Kattner will be questioned on September 4.