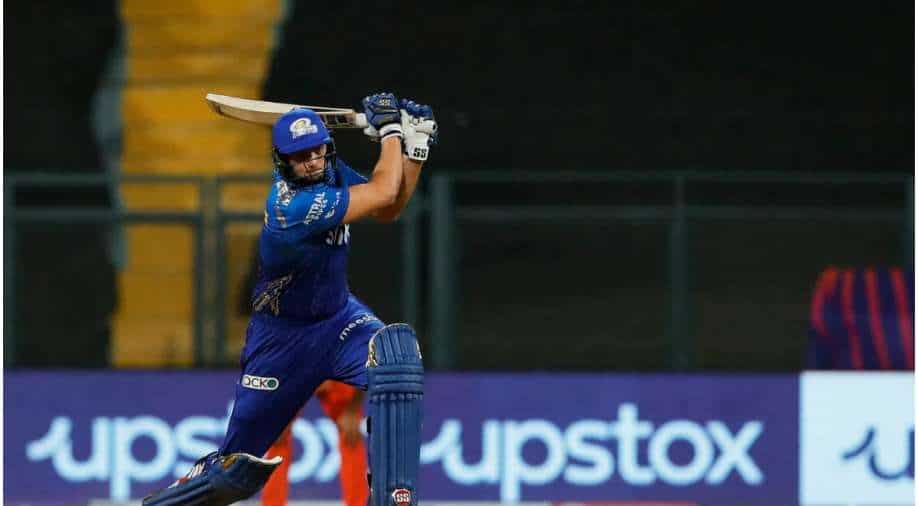 IPL 2022: Tim David has done exceedingly well after being dropped initially by the MI franchise. Ishan Kishan recently opened up on his omission.

Rohit Sharma-led Mumbai Indians (MI) franchise have had a torrid run in IPL 2022 edition. The five-time winners were the first team to bow out of the playoffs race after losing eight games on the trot. Team selection, inconsistency among their top batters and some marquee players never rising to the occasion can be touted to be one of the main reasons for Mumbai's downfall in IPL 15.

However, many believe MI missed a trick by not giving Tim David, the Singaporean-Australian cricketer, a long run throughout the season. After failures in his first two outings for the franchise, David was dropped from the playing XI and warmed the bench for over a month before finally making a comeback. Since then, he has had scores of 44*, 13, 16* and an 18-ball 46 against Sunrisers Hyderabad (SRH), in match 65 on Tuesday evening (May 17). He almost took the side home in their three-run loss at the hands of SRH before his departure in the 18th over.

Thus, MI have been criticised for dropping David initially. Post the SRH defeat, opener Ishan Kishan defended the team management's call and said, "IPL is a big stage and the decisions taken by the management are for the betterment of the team. Nothing personal in it. Unfortunately, he (David) was dropped from the team. But if you look at the other way, he prepared himself to play on the Indian wickets. So, being dropped isn't always bad as it gives the player an opportunity to analyse his game. The comeback he has made and the innings he has played have been mind-blowing. So, it was a good call (to drop David)."

Given David was fetched by the MI franchise for a whopping INR 82.5 million in the mega auction earlier this year. Hence, it was expected of the Rohit-led franchise to give him a long rope in the playing XI. Nonetheless, he is now making a solid mark and looks certain to be retained by the franchise for a long time.