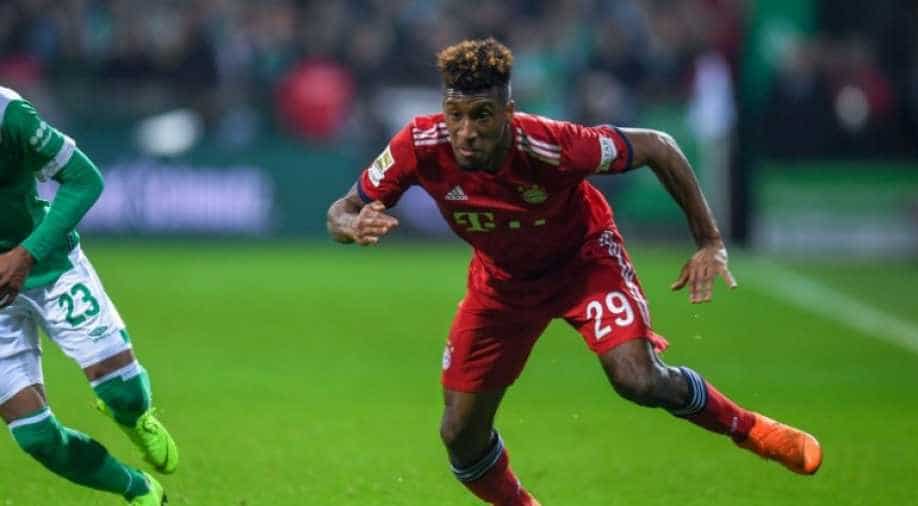 Coach Niko Kovac seemed pessimistic Friday and said it would be "annoying" if the Frenchman, who only returned from injury in December, missed the Liverpool match.

Bayern Munich's on-form striker Kingsley Coman has been given the green light to face Liverpool in the Champions League after fears he had sustained ligament damage in the 3-2 Bundesliga win over Augsburg were dispelled on Saturday.

Coman, 22, put in an outstanding display on Friday, scoring twice and making the third goal, as Bayern twice came from behind despite conceding an own goal with just 13 seconds gone.

Bayern, who face Liverpool at Anfield at Tuesday in the last 16 first leg match, were left holding their breath on Coman's fitness.

Coach Niko Kovac seemed pessimistic Friday and said it would be "annoying" if the Frenchman, who only returned from injury in December, missed the Liverpool match.

But on Saturday Bayern gave Coman the go-ahead.

"After a thorough examination conducted by the Bayern medical staff Saturday morning we can say it was a false alert," the club said on its website.

Coman only returned to full fitness in December after tearing ligaments in the same ankle last August.

"When he was injured (on the opening day of the season), we missed him a lot," said Kovac.

"So I hope he can play (against Liverpool)."