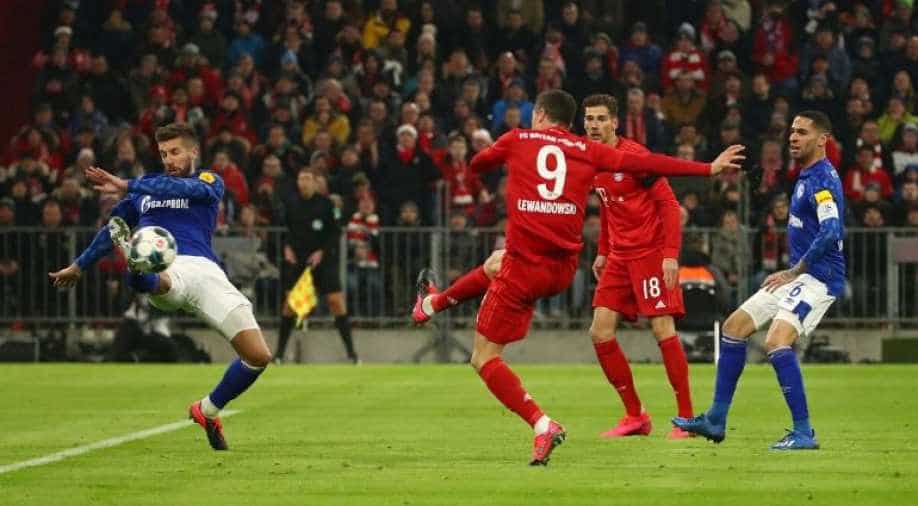 Forward Robert Lewandowski set the Bavarians on their way by scoring his 21st league goal of the season in the sixth minute.

Bayern Munich fired an ominous warning to the rest of the Bundesliga when they demolished fifth-placed Schalke 04 5-0 on Saturday to close the gap on leaders RB Leipzig to one point. Forward Robert Lewandowski set the Bavarians on their way by scoring his 21st league goal of the season in the sixth minute and, after they had two goals disallowed for offside, Thomas Mueller added the second just before halftime.

Leon Goretzka scored a brilliantly improvised third in the 50th minute before Thiago and Serge Gnabry added two more as Bayern completed their fifth successive league win. After dropping to sixth in early December, Bayern -- chasing an eighth successive title -- have 39 points from 19 games, one behind RB Leipzig who lost 2-0 at Eintracht Frankfurt earlier on Saturday.

Borussia Moenchengladbach are third on 38 with Borussia Dortmund on 36. Schalke, on 33, lost ground with the top four. "We wanted to impose our game, our philosophy, and we succeeded," said Bayern coach Hansi Flick. "I wasn't interested in the Leipzig game. The decisive thing today was that we got the three points. We have a stability in the team and that's very important." 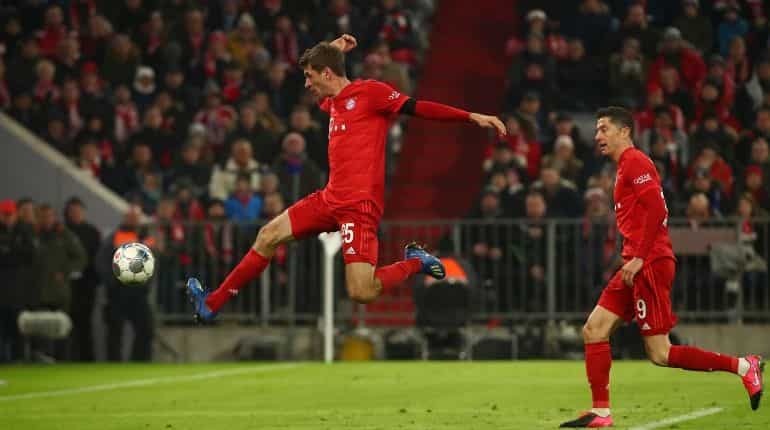 Schalke were quickly in trouble as goalkeeper Markus Schubert flapped at a Mueller cross and Ivan Perisic touched the ball to Lewandowski who thumped it into the net. Rabbi Matondo rattled the Bayern bar shortly afterwards which was the last time that Schalke threatened to make a serious contest out of it. Mueller thought he had scored in the 12th minute but it was ruled offside, a decision confirmed by VAR.

Lewandowski also had the ball in the net but it was disallowed following a VAR review for offside in the buildup -- forcing the stadium announcer to stop his goal celebration routine halfway through. Schubert made good saves from Goretzka and Lewandowski but could do nothing in the 45th minute when Goretzka headed the ball into the path of Mueller to add the second.

It quickly got worse for the Royal Blues. Five minutes into the second half, Goretzka's header hit a defender, rebounded straight back and he reacted brilliantly to hook the ball in on the volley. There was no letup as Bayern won possession in midfield, Lewandowski broke down the left and centered the ball for Thiago to turn into an empty net.

Schubert completed a miserable evening as Gnabry's shot slipped through his legs in the 89th minute and the referee appeared to take pity on Schalke as he blew for time on the 90 minutes.