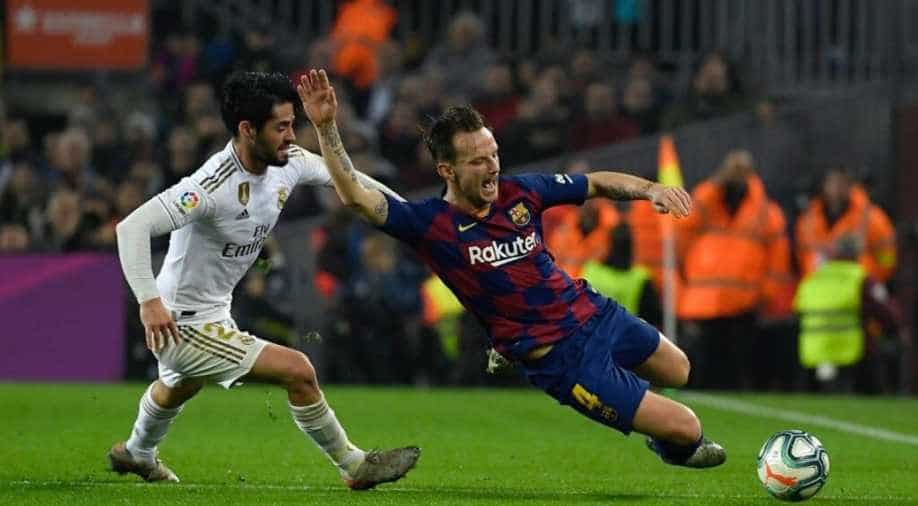 Barcelona and Real Madrid resume one of the tightest title races in recent memory when La Liga kicks back into action this week in empty stadiums, after a three-month pause due to the coronavirus pandemic.

Barcelona and Real Madrid resume one of the tightest title races in recent memory when La Liga kicks back into action this week in empty stadiums, after a three-month pause due to the coronavirus pandemic.

Just before the season was postponed on March 10, former Real great Jorge Valdano had likened the two teams’ inconsistent form to a race between two limping men, but both sides are set to be refreshed and stronger after the long break.

Barca are boosted by the return of Luis Suarez from a knee injury that looked set to rule him out for the season, and his aggression and power should help them ease their problems in breaking down sides.

Real will again enjoy the services of Eden Hazard after he was sidelined with a fractured ankle in February. Also back is Spain forward Marcos Asensio, who should ease the burden on Karim Benzema, their runaway leading scorer with 14 strikes.

The break has also given their ageing squad some much-needed rest, while the extra time on the training ground should help them further adapt to the ideas of coach Quique Setien, who succeeded Ernesto Valverde in January.

With no fans allowed into venues and Real playing their home games at the 6,000-capacity Alfredo Di Stefano stadium while the Santiago Bernabeu is being refurbished, it will be a title race unlike any other.

“We will miss that boost and support you get from the crowd, who have a huge influence,” said Setien.

Barca have a slightly more comfortable run-in in their remaining 11 fixtures in the space of five weeks, with home games against Athletic Bilbao and Atletico Madrid plus trips to Sevilla and Villarreal looking like their toughest games.

Real, who beat Barca in March only to blow their lead at the top by losing to Real Betis, have five potentially tricky fixtures: Valencia, Getafe and Villarreal at home, plus trips to Real Sociedad and Athletic Bilbao.