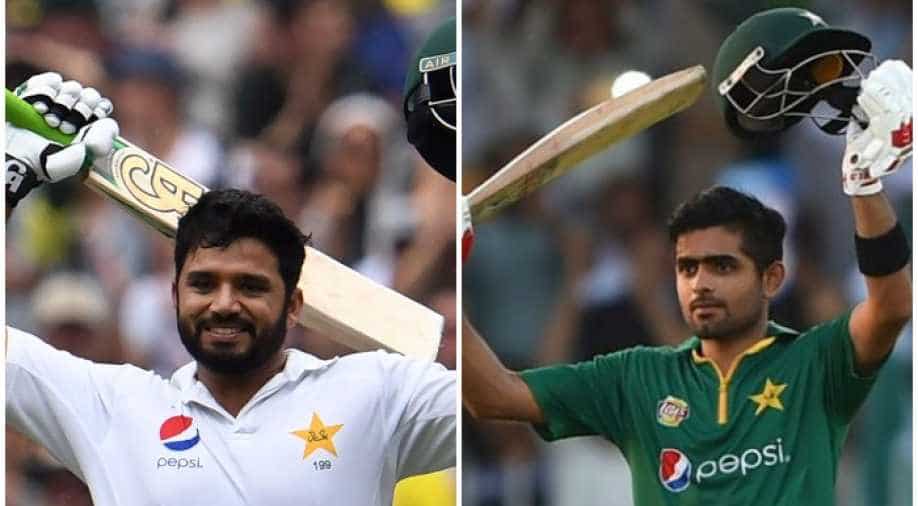 The Pakistan Cricket Board on Wednesday announced Babar Azam as limited-overs captain of the national side whereas Azhar Ali will continue to captain Pakistan in Test cricket.

The Pakistan Cricket Board on Wednesday announced Babar Azam as limited-overs captain of the national side whereas Azhar Ali will continue to captain Pakistan in Test cricket. Babar, who was already the skipper of T20I side, replaced Sarfaraz Ahmed as the ODI captain with Pakistan scheduled to play six ODIs, 20 T20Is apart from the Asia Cup and ICC T20 World Cup this season.

"I want to congratulate Azhar Ali and Babar Azam for getting captaincy extensions," chief selector and head coach Misbah-ul-Haq said in a PCB statement.

"This is absolutely the right decision as they also require certainty and clarity on their future roles. I am sure they will now start looking to the future and start planning so that they can build sides that can perform at the expected levels."

The PCB further announced an 18-player men’s central contract list for the 2020-21 season coming into effect from July 1.

Some of the big names in Hassan Ali, Mohammad Amir and Wahab Riaz were missing from the central contract list whereas the likes of Imam-ul-Haq, Sarfaraz Ahmed and Yasir Shah have been demoted one category each. Naseem Shah and Iftikhar Ahmad were the two new names in the contract list while Shaheen Shah Afridi was promoted to Category A.

"The selectors have made the tough decisions to leave out Amir, Hasan and Wahab but considering Hasan missed most of the season due to an injury and Amir and Wahab decided to focus on white-ball cricket, this was the right move," Misbah said.

"However, Amir and Wahab are senior and experienced bowlers and they remain in contention as we believe they can still contribute to the Pakistan men's cricket team and also mentor our young battery of fast bowlers."
Haider Ali, Haris Rauf and Mohammad Hasnain were named in PCB’s new Emerging Players’  Category.

"I am thankful to the PCB Chairman for supporting our recommendation to give emerging player contracts to Haider, Haris and

Hasnain. This is part of our forward-looking strategy and investing in the future, while also encouraging potential future national team players," Misbah said.