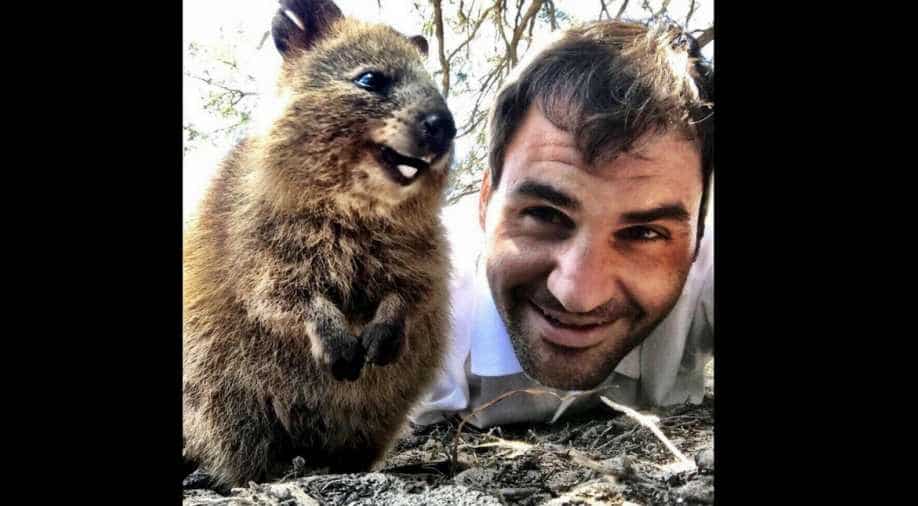 Along with defending the Australian Open title, Roger Federer is enjoying in Australia. Photograph:( Instagram )

Defending champion, top-seeded, Roger Federer recently shared a picture with a cute quokka, from his tour of Australia. He is there to play the first grand slam of 2018, Australian Open.

Quokka, which is similar to a wallaby or kangaroo captured smiling with the legend as if it was waiting for this selfie moment.

Roger Federer is currently one of the favourites at the Australian Open due to his spectacular performance at the Hopman Cup 2017.

He along with Belinda Bencic of Switzerland won the Hopman Cup after defeating Alexander Zverev and Angelique Kerber of Germany in the mixed doubles final.

Not only him, Karolina Pliskova a  Czech professional tennis player shared an image with Rennae Stubbs, an Australian retired tennis player.

In the image, both of them posed with a fluffy koala bear.

Seriously, too much cuteness. "How much can a Koala bear..."