Australian Open: Rafa Nadal storms to third round, so as Marin Cilic 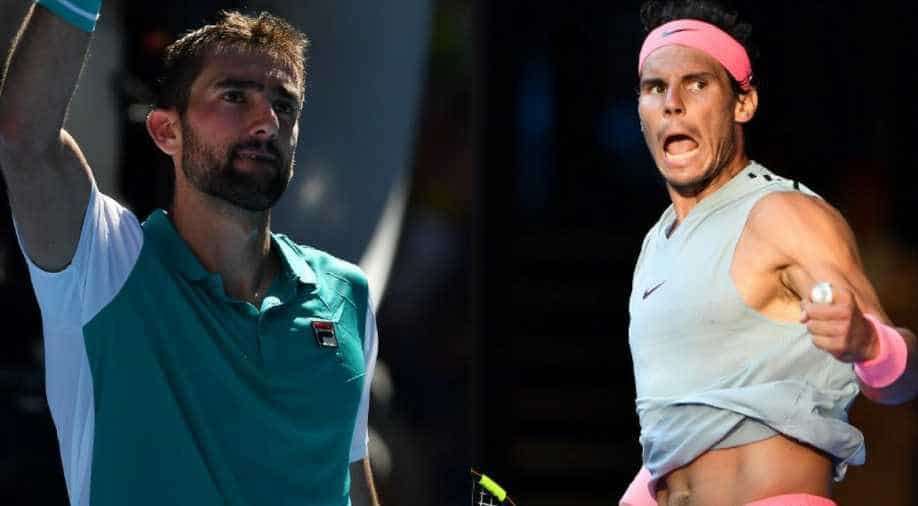 Marin Cilic and Rafa Nadal celebrate their victory, as they progress to the next round of Australian Open. Photograph:( AFP )

Top seed Rafa Nadal continued his marauding path through the Australian Open, hammering Argentine Leonardo Mayer 6-3 6-4 7-6 (4) in two hours and 38 minutes to reach the third round on Wednesday.

A masterful performance was blighted only by a late wobble when Nadal was broken serving for the match at 5-4 in the decider.

“For my team and my family, this tournament is their favourite of the year so I want to stay as long as possible.”

But the Spaniard found an extra gear in the tiebreak, wrapping up the match with a monster serve to the corner that Mayer battled to get a racket to.

Croatia's sixth seed Marin Cilic advanced to the third round of the Australian Open with a straight-sets win over Portugal's Joao Sousa on Wednesday.

Cilic, last year's Wimbledon finalist, downed the 70th-ranked Sousa 6-1, 7-5, 6-2 and will next play either American Ryan Harrison or Pablo Cuevas of Uruguay.