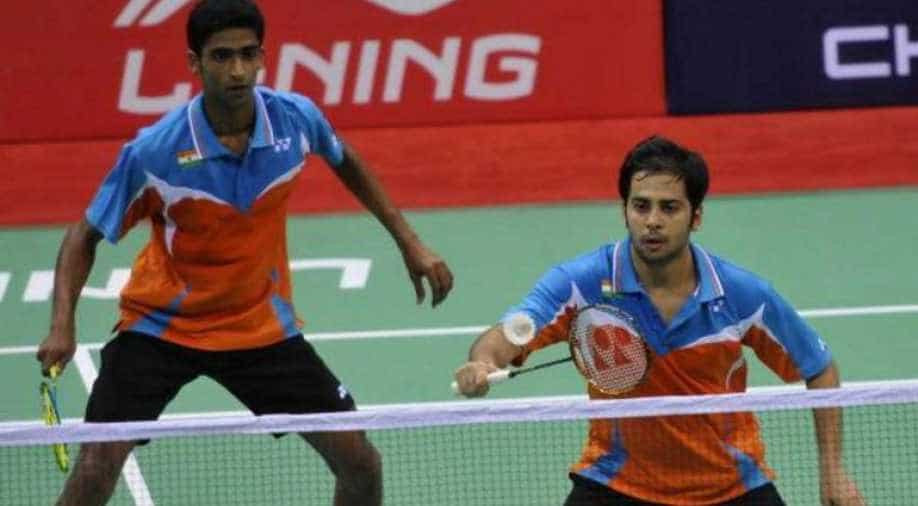 Indian duo of Manu Attri and B. Sumeeth Reddy suffered a major blow as they crashed out of the ongoing Australian Open after going down in the semi-finals of the men's doubles event on Saturday.

The Indian pairing went down to the top-seeded Indonesian team of Berry Angriawan and Hardianto Hardianto 17-21, 15-21.

In the contest that lasted 39 minutes, the third-seeded Attri and Reddy started decently by staying neck-to-neck with the Indonesian team.

But they took the lead at 18-16 to bring up game point. Attri and Reddy saved one but couldn’t prolong the outcome to lose the opening game 17-21.

The second game was more uneven with Angriawan and Hardianto picking up six consecutive points at the start of the match to go 9-2 up at one stage.

The Indians came back to reduce the deficit from 10-18 to 14-18 but once again despite saving one match point, the outcome seemed inevitable.

Despite the defeat, Attri and Reddy will move up into the World’s top-25 when the rankings are updated on Thursday.