Australia beat World No.1 Pakistan by 9 wickets in T20I 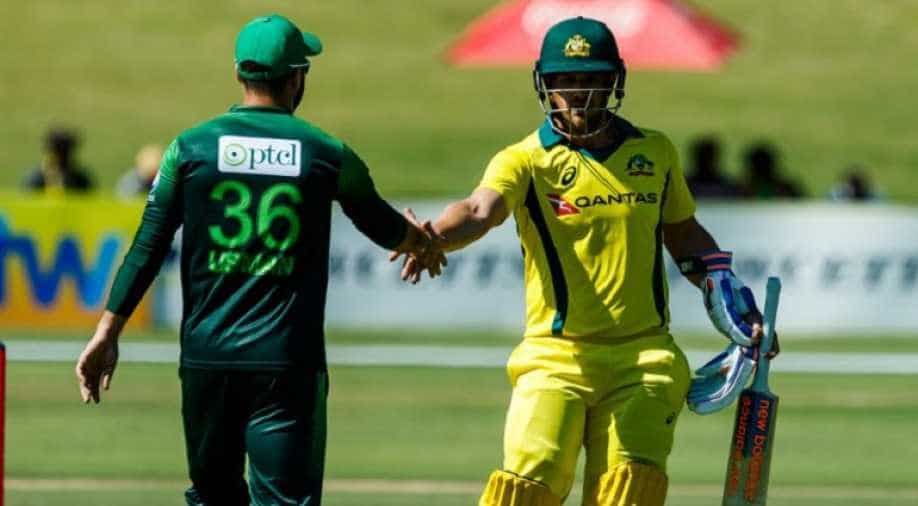 Aaron Finch (R) shakes hands with Pakistan players after winning the second match between Australia and Pakistan as part of a T20 tri-series. Photograph:(AFP)
Follow Us

After nine consecutive losses in international cricket – three Tests, five One-Day Internationals (ODIs) and a Twenty20 Internationals (T20I) – Australia finally registered a win when they defeated Pakistan by nine wickets in a T20I on Monday at Harare Cricket Club.

The win also ended the Green Shirts’ eight-match winning streak in the shortest format of the game.

Aaron Finch’s unbeaten 68 led Australia to their first win in the series.

Pakistan's Hassan Ali was the only bowler to get a wicket.

Australia won the toss and decided to field first against Pakistan, which beaten Zimbabwe in the opening match on Sunday by 74 runs.

Hussain Talat (10), Fakhar Zaman (6) and skipper Sarfraz Ahmed (4) gave away their wickets in quick succession, followed by Shoaib Malik who was run out.

Stanlake took 4 for 8 in his opening burst, the most economical spell by an Australian in T20 international cricket, and the second best ever behind James Faulkner's 5 for 27 the last time the two teams met.

Pakistan was off to a flying start in the Twenty20 tri-series with a thumping 74-run win over depleted Zimbabwe on Sunday.