ATP Finals: Dominic Thiem into finals with win over Zverev 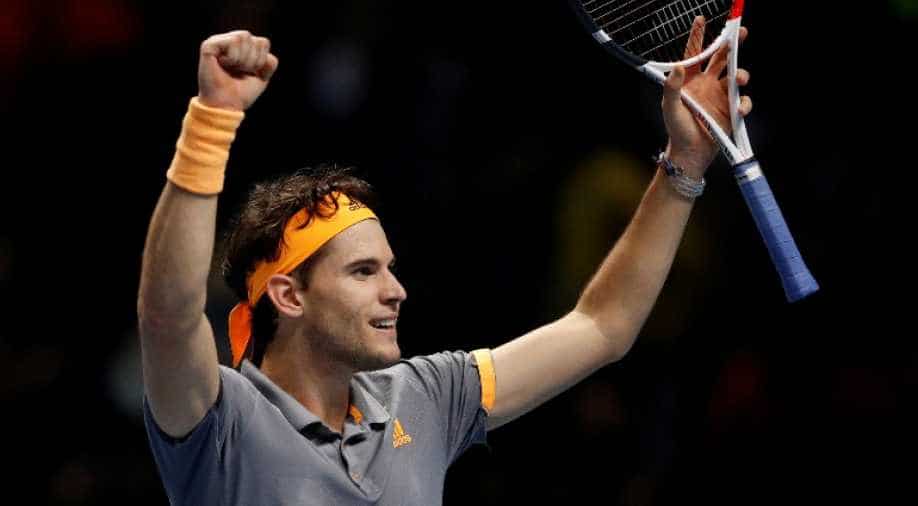 Dominic Thiem was at his dominant best as he dismantled defending champion Alexander Zverev 7-5 6-3 on Saturday to storm into the final of the season-ending ATP finals.

There was little to separate the players until the 12th game when a tense Zverev suddenly tightened up and double-faulted on set point to hand his rival the set.

Zverev, who began this year's tournament in superb fashion by beating Rafael Nadal in a group clash, flung his racket across the court in frustration.

Thiem, who has played glorious tennis this week despite suffering with a cold, looked the more solid player and broke the big-serving Zverev to take a 4-2 lead in the second set.

Zverev had a chance to break back but world number five Thiem held firm to consolidate.

Serving for the match, Thiem closed out victory on his first match point with a forehand passing shot down the line.

Thiem is the first Austrian to reach the final of the ATP's exclusive year-ender in its 50-year history and it will be a fitting end to a superb season which caught fire after hiring former Olympic champion Nicolas Massu as coach.

He has won five titles including his first Masters 1000 crown at Indian Wells. He also reached his second successive French Open final, losing to Nadal.

Looking ahead to the clash with 21-year-old debutant Tsitsipas, Thiem said: "One handed back-handed finals, I guess! We are both offensive players, he is very attractive to watch, I love to watch him and I am looking forward to playing him again.

"And I'm happy to be playing again here tomorrow in front of this amazing atmosphere."