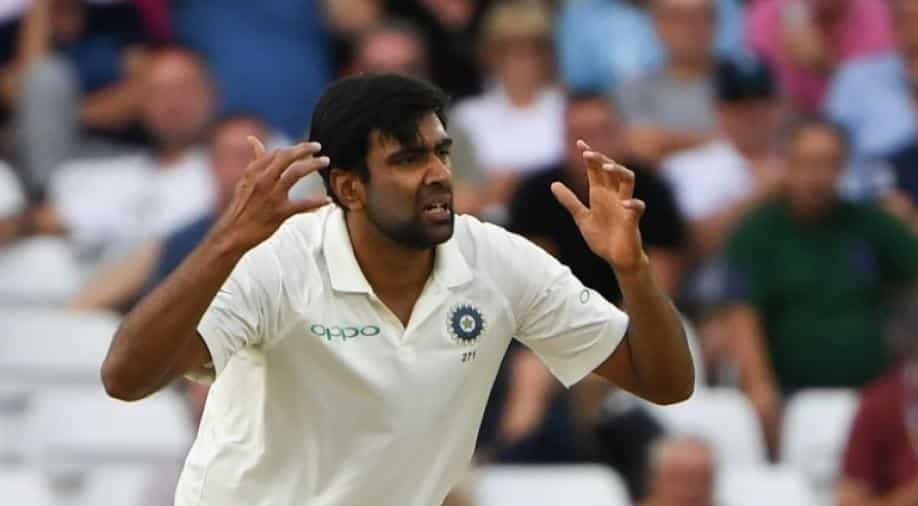 Ashwin has not taken part in the current series after bowling 86 overs in the first Test in Adelaide and since then has been laid low by left -sided abdominal strain.

Ravichandran Ashwin's "similar injuries" on two successive away tours is a cause of concern and the off-spinner should "focus" on course correction, India captain Virat Kohli said Wednesday, drawing parallels with his own injury management.

Ashwin has not taken part in the current series after bowling 86 overs in the first Test in Adelaide and since then has been laid low by left -sided abdominal strain.

While Indian team management kept Ashwin in the final 13 and officially announced that a call will be taken on Thursday morning before the start of the match, Kohli made it clear that all is not well with the burly Tamil Nadu off-spinner.

"Well, it's unfortunate that Ashwin has had two niggles quite similar in the last couple of away tours (England and now Australia). He, more than anyone else, will be focused to correct this," the skipper said on the eve of the final Test.

"The physio and the trainer have spoken to him in terms of what's required (from him) in order to get over that injury. He is very important for sure. In Test cricket, he is a vital part of this team and we want him to be 100 per cent fit and for a longer period so that he can contribute to us more in the Test format," Kohli in his own way let media know on where he stood on this issue.

"He (Ashwin) is very disappointed with the fact that he has not been able to recover in time, but the things have been laid out to him (as to) what needs to be done to get back to full fitness. Honestly, you can't predict an injury. When it happens, you just manage and doing what you can to get over that injury," the skipper said.

From Ashwin's injury, the discussion veered towards back issues that Kohli has had for some time. Kohli was in pain during Melbourne Test and was also seen having a taping on his waist while fielding but he has now learnt to manage it.

While there was no reference to Ashwin, Kohli's take on injury management could be a lesson for the spinner also.

"You just have to manage it physically and stay ahead of the injury. I have been able to do it for now and I am sure I will find out more options and more ways to counter that and be at the top of my fitness.

"It's inhuman or impossible to keep going on without niggles and I think it's fine to have a few niggles here and there. You just need to be able to manage it very well," said Kohli.

Kohli revealed that he has had a disc problem since his early days with the Indian team, back in 2011.

"On my personal fitness concern, I have had disc issues since 2011, it's nothing new. I have been able to manage it because of the physical effort I have put in in the last few years. When you have a back, which has disc issues, you can only maintain it that way so I'm not too bothered by it.

"When the workload gets high, it can get into a spasm. You don't really get serious issues, you get fine in 2-3 days but at that point of time you get into a spasm. That's very easy to heal so I am not too concerned with it."

However, Kohli attributes his top level fitness to his routines which has helped him massively.

"The physical part has definitely helped me massively in the last three years. I feel like I can switch formats easily. And I can be at the top of my energy levels or intensity levels that is required to play international cricket because I work really hard no my fitness. There are many factors involved: the diet, the sleep patterns and all these sort of things are very crucial."

Coming back to Ashwin, Kohli feels that young Hanuma Vihari's part-time off-breaks could come in handy.

"Ashwin's absence does make you alter plans a little bit throughout the course of a series. But the fact that Hanuma Vihari has bowled beautifully whenever we have given him the ball makes us feel absolutely calm about Ashwin not being able to play," Kohli said.

"But, if you see the way Vihari has bowled he has looked like picking up a wicket whenever he comes to bowl. He's pitching the ball in the right areas so we are looking at him as a solid bowling option right now.

"Especially in this Test because he has pace on the ball, he puts in the effort, he's economical and that's all you need from a guy who is coming in to bowl 10-15 overs in a day," the skipper reasoned.