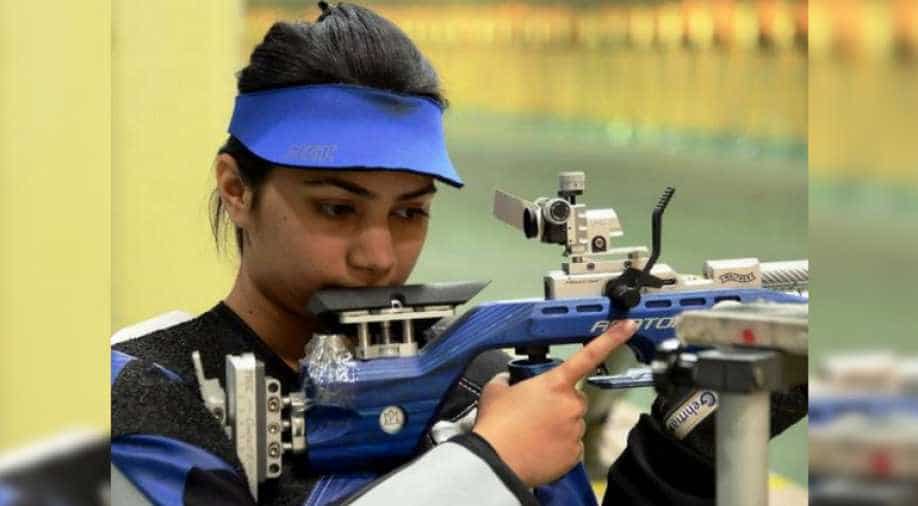 Chandela`s total score was 251 whereas China`s Luyao Wang finished second with a score of 250.8, grabbing the silver medal.

World number one Apurvi Chandela bagged the women`s 10m air rifle gold to get India`s campaign off to a good start in the ISSF World Cup.

Chandela`s total score was 251 whereas China`s Luyao Wang finished second with a score of 250.8, grabbing the silver medal.

Olympic Gold Quest, a not for profit organisation with a mission to help Indian athletes win Olympic Gold medals, tweeted about Chandela`s achievement.

China`s Hong Xu took the bronze medal after registering a score of 229.4.

India`s Elavenil Valarivan finished fourth in the finals with a score of 208.3.

Earlier this year, Chandela won the 10m air rifle gold following a world record score of 252.9 in the final at the New Delhi World Cup.

Chandela also achieved the world number one ranking last week and she was the first to win the quotas for the 2020 Olympics after finishing fourth at the world championships.

In the women`s 25m pistol event, Asian Games champion Rahi Sarnobat registered the second position with a score of 294.

Earlier, all three Indians in the 149-strong qualifying field had a good day with Apurvi and Elavenil taking the top two spots with scores of 633 and 632.7. Anjum Moudgil shot 628.9 to finish in 11th place.