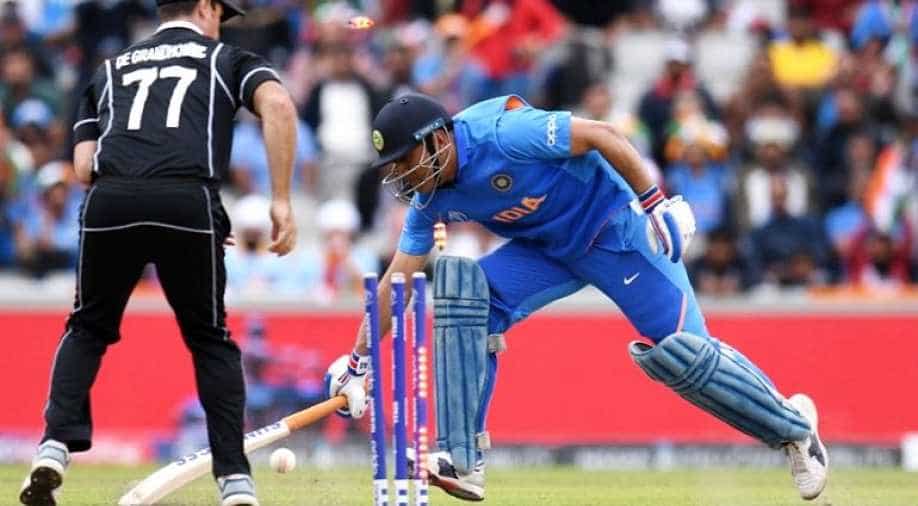 Indian cricket fans who were already in pain trying to come to terms with their team's shocking World Cup semi-final defeat to New Zealand, were left fuming when ICC posted a video of MS Dhoni's run out with animated graphics and captioned ''Hasta La Vista, Dhoni.''

Ravindra Jadeja and MS Dhoni played cautiously and tried to save the sinking Indian side after the top order crumbled.

With 25 runs required off just 10 deliveries, India were always up against it, but when Martin Guptill ran out MS Dhoni with a deadly throw it was all but over.

Cheap and disgusting video. ICC should focus on things that actually matter, like who the hell scheduled world cup in England in this weather, where rain took the most out of it. Mocking Dhoni & cheering for India’s loss was not expected from an international sports organization.

The throw by Guptill sent back MS Dhoni who was India’s last hope in the World Cup semi-final and India were left 18 runs short of New Zealand's total of 239.

It's not cricket...
A great player who feel so bad that he was literally crying after he can't make it to the end & you are making memes on it...
You better focus on raising standard of umpiring...

The video didn’t go down well with the Indian fans and they took to Twitter to show their dissent on the distasteful tweet by the apex cricketing body.

We need an answer @ICC 😑 pic.twitter.com/neVby2Z3aW

You are trolling the first captain to won all the ICC trophies & tournaments.

Delete this as soon as possible!

New Zealand booked their second consecutive spot in the final of the World Cup on July 14 after defeating India.