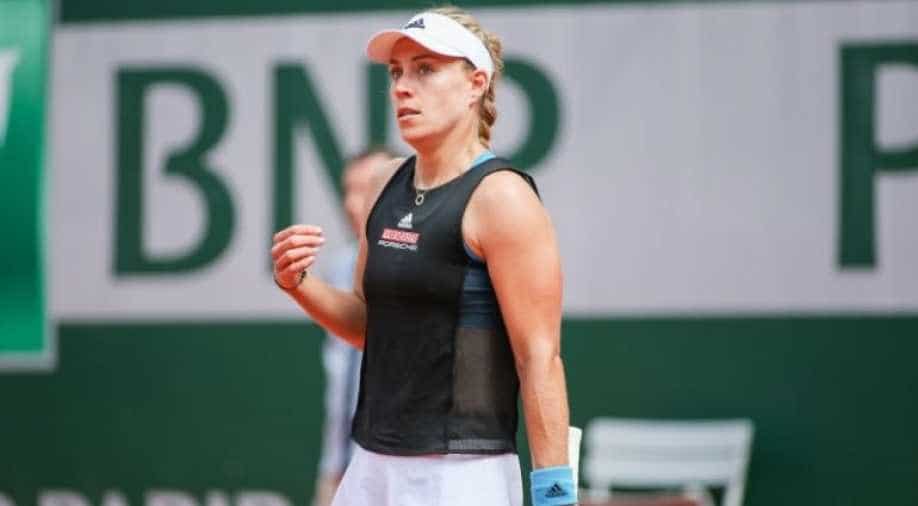 Reigning Wimbledon champion Angelique Kerber continued her build-up to the grasscourt Grand Slam as she beat sixth seed Caroline Garcia 6-3, 7-6(5) to reach the semi-finals of the Mallorca Open on Friday.

The 31-year-old German, seeking a first title of the year, again showed no sign of the ankle injury that dogged her claycourt season as she ended Garcia's seven-match winning run.

She will take on world number 13 Belinda Bencic after she got the better of American teenager Amanda Anisimova.

"The first time (on grass) is very special because you wait all year to get on the grass again," Bencic said after her 6-2, 6-2 victory. "I feel like with every match, you figure out more what works on grass and what doesn't."

Latvian second seed Anastasija Sevastova maintained her remarkable record at the grasscourt tournament as she thrashed China's Yafan Wang for the loss of three games, 6-2, 6-1.

Sevastova has reached the final on all three editions of the Santa Ponsa event, winning the title in 2017.

In the semis, she will face Belgium's Elise Mertens who won a three-setter against American Sofia Kenin.