Ajinkya Rahane seems to be in good space: Rahul Dravid on batter's rough patch ahead of SA Test series 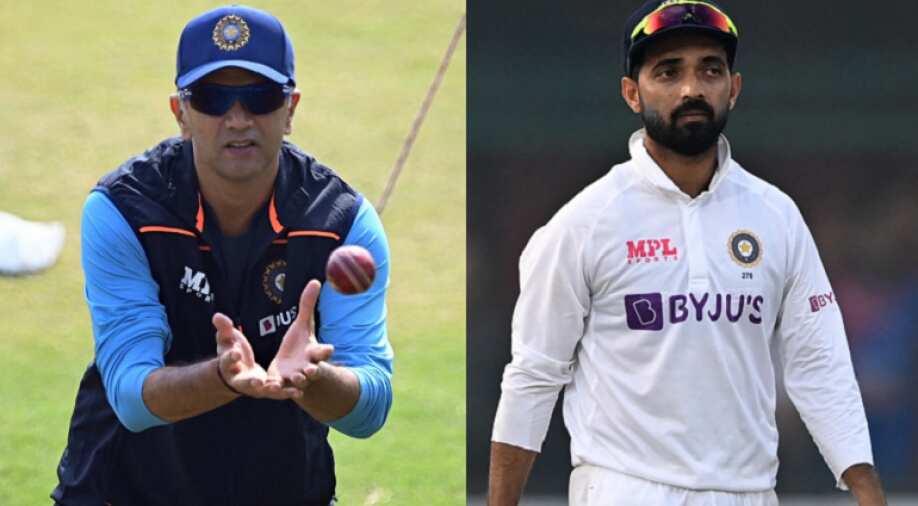 Rahul Dravid said Ajinkya Rahane is in a good frame of mind ahead of SA series. Photograph:( AFP )

India head coach Rahul Dravid has backed Ajinkya Rahane to bounce back from the current lean patch ahead of India's first Test against South Africa in Centurion.

India head coach Rahul Dravid on Saturday, addressed the pre-match press conference ahead of the team's first Test against South Africa in the upcoming three-match series. The Indian team is gearing up to face the hosts in the Boxing Day Test that gets underway from December 26 (Sunday) at the SuperSport Park in Centurion.

This will be head coach Dravid's first major assignment overseas with the Indian team since replacing Ravi Shastri. Though India are a strong unit heading into the series and are riding high on confidence having defeated New Zealand 1-0 at home recently, the South Africa Test series is going to be a huge challenge for Virat Kohli and his men.

India have never won a Test series against the Proteas in their own backyard and have a woeful record against the hosts. However, India appear favourites this time around with a great balance of youth and experience in their squad and are up against a South African side that is in transition.

Ahead of the first Test, India's biggest concern is the form of senior batters like Ajinkya Rahane and Cheteshwar Pujara. While Pujara is likely to get the nod in the playing XI, Rahane's recent struggles might see him miss out on a spot in the team. Rahane was recently replaced as the vice-captain of the Test tea by Rohit Sharma, owing to his poor form. However, KL Rahul will be Kohli's deputy in the Test series due to Rohit's injury.

Also Read: I was there when Virat Kohli made his debut, his growth as a cricketer has been phenomenal: Dravid

When asked about Rahane's chances of featuring in the playing XI for the Boxing Day Test against South Africa, Dravid refused to give out details and said the team combination has already been decided for the Boxing Day encounter.

"In terms of the playing XI, who's going to play you know, I think we're very clear within our group, what the kind of team is going to be leading into the Boxing Day test match," the India head coach added.

It remains to be seen if Rahane will be trusted in the series-opener on a Centurion track which is expected to assist the pacers, or if India will head into the game with Shreyas Iyer, who had a fantastic debut series against New Zealand at home.