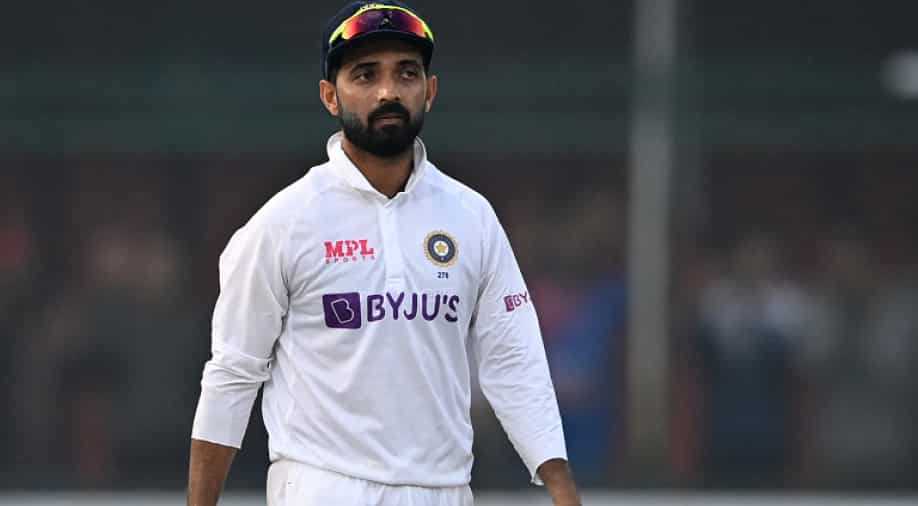 Captain Ajinkya Rahane defended the decision to declare India's innings towards the end of Day 4's play on Sunday after New Zealand pulled off a thrilling draw in the first Test in Kanpur.

New Zealand pulled off a thrilling draw against India in the first Test in Kanpur on Tuesday (September 29) after tail-ender Azaj Patel and debutant Rachin Ravindra showcased remarkable resistance to deny India the final wicket towards the end of the final session on Day 5 of the series-opener on Monday.

Chasing the target of 284 runs, New Zealand resumed their second innings on Monday with opener Tom Latham (52) and nightwatchman William Somerville combining to add 76 runs for the second wicket. The duo displayed remarkable grittiness to hand the first session to New Zealand on the final day before Umesh Yadav dismissed Somerville.

New Zealand then lost three wickets in the post-lunch session before losing another five in the final session. However, the Indian bowlers could only manage to get eight wickets on the final day of the Test match as Patel (2) and Ravindra (18) played out 114 balls between them to deny India victory and help New Zealand draw the game.

Questions were raised over India's timing of declaring their second innings late on Day 4 while Axar Patel and Wriddhiman Saha's pace of scoring runs during their unbeaten stand of 67 runs for the seventh wicket on Day 4 also became a talking point. However, Rahane defended India's timing of declaration and said the hosts couldn't have done anything differently to win the game.

"Not really (declared earlier?), we tried our best. They played really well. I think the way we came back in the second session was good. The fast bowlers too bowled really well," Rahane said when asked about the timing of declaration on Day 4.

Also Read: He should make way for Kohli: Ex all-rounder names senior batter who should be dropped for 2nd Test

"We wanted to get that partnership going, put some runs on board. Saha and Axar batted really well. Before that Shreyas and Ashwin's partnership was crucial. We wanted to bowl four overs yesterday and 90-95 in all.

"I don't think we could have done anything differently," he added.

The second Test between the two sides is all set to get underway from December 03 at the Wankhede Stadium in Mumbai. Regular skipper Virat Kohli will be making his comeback in the second Test and will be leading the side.