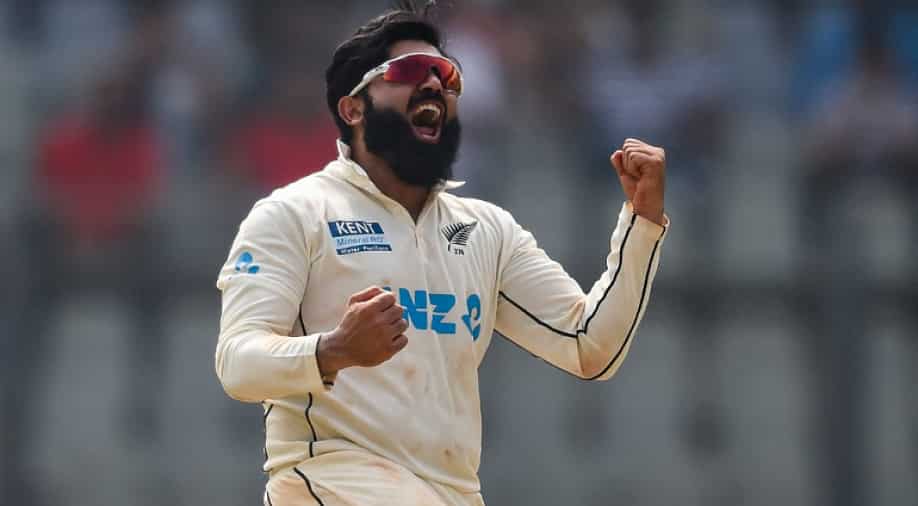 New Zealand spinner Ajaz Patel has been on a record-breaking spree in the ongoing second Test against India at the Wankhede Stadium in Mumbai. After picking up a magnificent ten-wicket haul during India's first innings of the Test match, Patel continued his bowling heroics during the hosts' second innings on Day 3. He followed up his perfect ten with four wickets in the second innings to break England legend Ian Botham's 41-year-old record.

Patel, who single-handedly bundled out India in their first innings, finished with figures of 14/225 after his four wickets in the second innings. He now holds the record for best-ever bowling figures by any bowler in a Test match against India, bettering Botham's 13/106 against India in 1980. Incidentally, Botham had also achieved the feat at the Wankhede Stadium in Mumbai to power England to a ten-wicket win.

After dismissing all ten Indian batters in their first innings, Patel picked up the wickets of Mayank Agarwal, Cheteshwar Pujara, Shreyas Iyer and Jayant Yadav in the second innings. He might have gone on to pick a few more wickets had India not declared their second innings on 276/7 on Day 3.

Also Read: Kohli in disbelief after getting bowled by Rachin Ravindra in 2nd Test against New Zealand - WATCH

Patel has had a remarkable outing so far in the ongoing Mumbai Test against India but his efforts are likely to go in vain as the hosts are inching towards a comfortable win after handing New Zealand a massive target of 540 runs in their second innings.

India had bundled out New Zealand for just 62 runs in their first innings to gain a lead of 263 runs before posting 276 runs on the board in the second innings to set up a target of 540 runs for the visitors, who are unlikely to pull off a win from here.