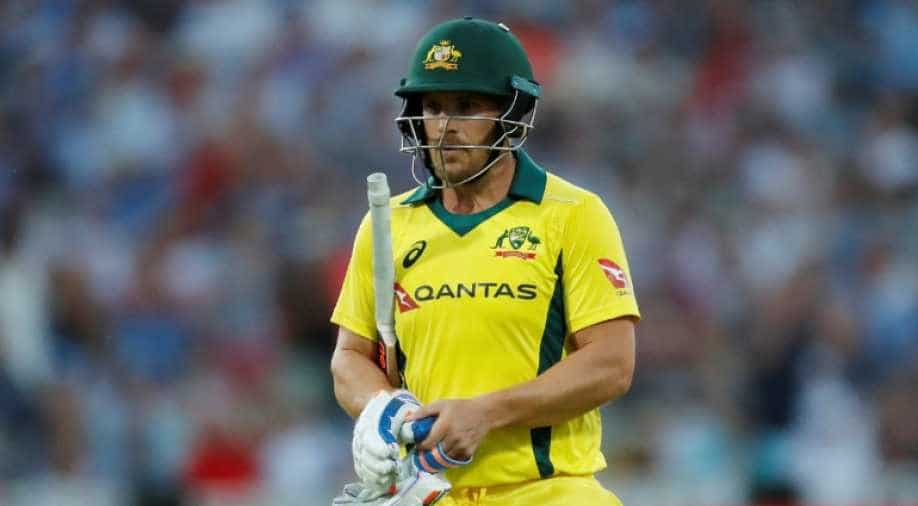 Aaron Finch has received his maiden Test call-up for Australia's as he is selected in the tour squad to play Pakistan in a Test series in the United Arab Emirates (UAE).

"Aaron is in sensational form, and this is the right time to give him a chance to play Test cricket," selector Trevor Hohns said in a statement.

The 31-year-old made his first One-Day International (ODI) appearance on January 11, 2013, against Sri Lanka.

Finch has played a total of 93 ODI matches scoring 3,361 runs so far, which includes 11 centuries and 18 half-centuries.

Now, the ODI specialist Aaron Finch will have a chance to prove his mettle in the Test cricket.

In the absence of banned cricketers David Warner, Steve Smith and Cameron Bancroft, Aaron Finch will look to take the center stage.

Glenn Maxwell is one of the biggest notable absentees from the squad.

Apart from Finch, Australia named five uncapped players in the squad for the Pakistan tour.

They have recalled pace veteran Peter Siddle for the first time in two years and dropping middle-order batsman Peter Handscomb.

The team has yet to name a replacement vice-captain for Warner but will settle on one before the tour starts with a four-day warmup against a Pakistan A team starting September 29.