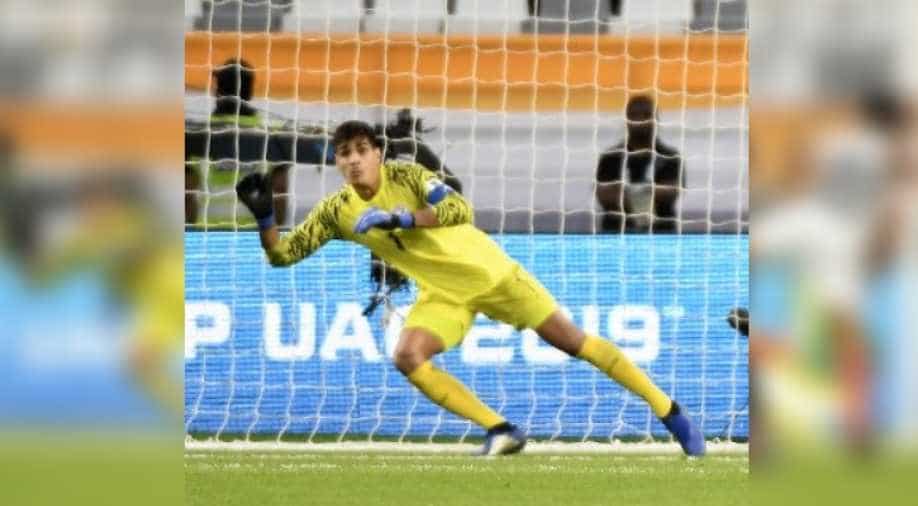 In an exclusive conversation with WION, Gurpreet talked about India's participation in the tournament and preparations for the games ahead.

India's football team goalkeeper Gurpreet Singh Sandhu will lead the team in the next Pool A clash against the United Arab Emirates, to be held on January 10 (Thursday) in the ongoing Asian Cup 2019.

In an exclusive conversation with WION, Gurpreet talked about India's participation in the tournament and preparations for the games ahead.

In the campaign opener, India stunned Thailand 4-1 with veteran striker Sunil Chhetri scoring a brace. Chhetri drew the first blood after he smashed home from the penalty spot after 27 minutes.

Speaking about Chhetri's presence in the team, Gurpreet said his game against Thailand "rubbed off on everyone else", especially the forwards. Chhetri plays the "role of a guide and mentor to the younger strikers".

"Scoring two goals in an Asian Cup match is the stuff of dreams for any player anywhere in Asia. I credit Sunil for leading us out there and giving us the crucial three points," Gurpreet stressed.

The interview further went on as:

WION: Has getting three points and doing so this emphatically created more belief that you can progress from this group.

Gurpreet Singh: It was a very important game for us. We have come to the Asian Cup to win and not just participate. We are taking it one game at a time. The Thailand challenge was huge, they are a very good side and credit goes to the boys who got stuck in and gave everything. Three points in the bag and looking ahead now to a bigger challenge when we face the UAE on Thursday.

WION: We know that this is a very young Indian squad that is in the UAE, the third youngest in the tournament in terms of age. What impact have the youngsters made on the team dynamic?

Gurpreet Singh: The young players hold a very important aspect of the game and the plan in the team. The quality they have shown, not just with the national team but also in the league is good. They are hungry and will give us a huge service in the coming years hopefully. We need to ensure we enjoy every single time we step on to the pitch as a team.

WION: let's look ahead to your next match now - big challenge against the highest ranked team in your group - the UAE - India has not beaten them in the last five meetings. Is there confidence now that you could spring another surprise? How has the team prepared for this match?

Gurpreet Singh: It is a huge challenge for us but we need to make sure that we are a difficult team to play against. It has been our principle always and we know that the UAE are a quality team. We have to play to our strengths. Yes, we got a good result in our first game but we need to forget it and start afresh. The aim is simple, go into the UAE games, give our best and aim to get a result there.

WION: You face Bahrain in your final group game - so I'd like to get a quick word on them as well - India are ranked higher than them, but they are dangerous opposition especially in a tournament in the middle east, what lessons have you learned from their draw against the UAE?

Gurpreet Singh: Bahrain are a very strong team and they like to defend in numbers and play on the counterattacks. They are not a team we will take lightly. Right now rankings do not matter once the tournament is underway. All teams are equal now and a good example was Jordan beating Australia in a Pool B match. We have to see every team as equal opponents from now on and make sure we perform the way we perform every single game.

(Krishnan Iyer is a Sports Correspondent with WION)