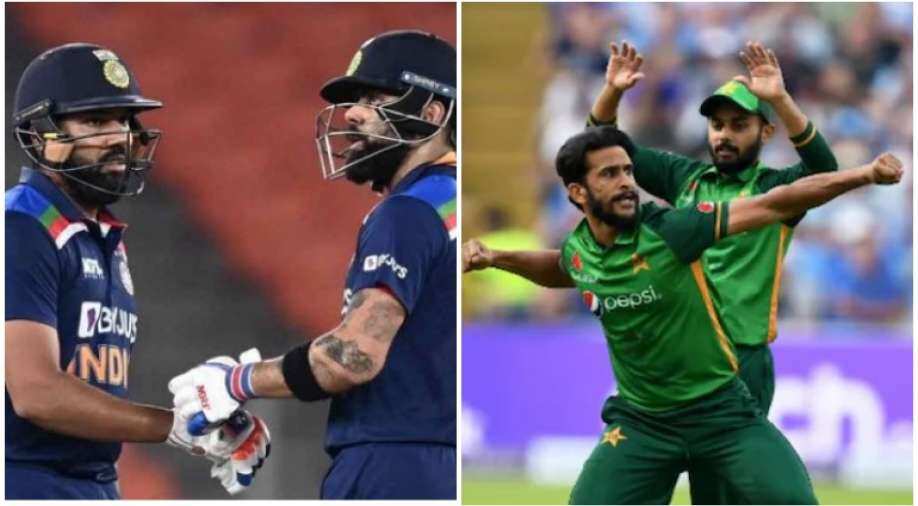 India and Pakistan are set to lock horns with each other at the T20 World Cup, on October 24 at the Dubai International Cricket Stadium, Dubai. Before the face-off, former Pakistan all-rounder has opined on the marquee clash.

The T20 World Cup 2021 edition has commenced in the UAE. After a year-long delay, the marquee event has kicked off in the UAE, which was earlier supposed to be held in Australia in late 2020 before Covid-19 pandemic led to its postponement.

The multi-nation tournament has started with the qualifying round and warm-up encounters being held simultaneously. However, all eyes are on the India-Pakistan game as the arch-rivals will face each other in their respective tournament-openers, on October 24 at the Dubai International Cricket Stadium, Dubai. Ahead of the marquee face-off, former Pakistan all-rounder Azhar Mahmood has opined on the mouth-watering clash and stated who has an advantage going into the contest.

In his latest blog for PakPassion.net, former Pakistan all-rounder and Bowling Coach, Mahmood wrote, "India-Pakistan games are always special when it comes to the hype and the pressure on players and the age-old cliché of any team can win on the day does apply to the game in this T20 World Cup as well. But realistically speaking, India does have an advantage going into this game as their players have been participating in the IPL which was played in the same venues in the UAE. So apart from playing highly competitive cricket, they also will have a good understanding of the playing conditions in the UAE."

"But let us not forget that Pakistani players have also taken part in some intense Twenty20 cricket in the recently concluded National T20 Cup which was moved due to the cancellation of the New Zealand tour. Having said that, we all know that any India-Pakistan match is generally won by the side that is most able to absorb the pressure and in a format like Twenty20, it can easily come down to just one over where a batsman or bowler can totally change the complexion of the game," he added.

For the unversed, India have never lost a game to Pakistan in World Cups (including ODIs and T20Is). Thus, the Virat Kohli-led Men in Blue will be confident facing the Babar Azam-led line-up, however, they cannot take them lightly as the Men in Green are also among the top three sides in ICC T20I rankings. India and Pakistan are placed in Pool B, alongside New Zealand, Afghanistan whereas two other teams will join from the qualifiers.

Both India and Pakistan have also started their warm-up encounters with easy wins. While Kohli & Co. beat England by 7 wickets, Pakistan also emerged on top of West Indies by the same margin on Monday (October 18).

After the qualifiers and warm-up games, the main draw of the T20 WC will commence from October 23.