AC Milan crash out of Europa League after losing to Olympiacos 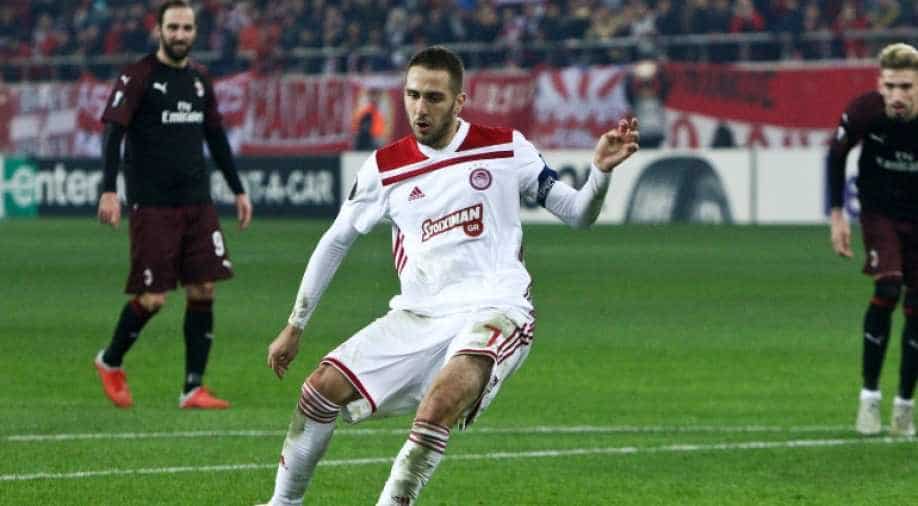 Olympiacos will advance to the next stage as the second-place team in Group F.

AC Milan were eliminated from the Europa League with a 3-1 loss here Thursday to Olympiacos, who will advance to the next stage as the second-place team in Group F.

Real Betis, the only team in Group F to have qualified for the round-of-32 at the start of the final match-day of the group stage, ended in first place despite having to settle for a 0-0 draw with Dudelange.

For the Italian side, the day represented both an opportunity to snatch the top spot from Betis and the risk of becoming the only member of the quartet of "big clubs" competing in the Europa League - Arsenal, Chelsea, Milan and Sevilla - to be eliminated in the opening phase.

More than a decade after their last taste of European glory in 2007, when they hoisted the Champions League trophy, resurgent AC Milan were counting on a successful run in the Europa League.

Things went according to plan for Milan in the first half against Olympiacos, as the teams headed to the dressing rooms knotted at 0-0.

But the horizon darkened in the 60th minute when Pape Cisse put Olympiacos up 1-0 with a header off a corner kick that seemed to catch Milan unprepared.

And the match turned downright ugly for the visitors nine minutes later with a farcical own goal by Cristian Zapata, whose attempt to block a shot sent the ball over keeper Pepe Reina and into the Milan net.

Zapata redeemed himself in the 71st by scoring a goal to reduce the deficit to 2-1, a result that would have allowed Milan to advance.

Instead, a dubious penalty call inside the final 10 minutes led to Konstantinos Fortounis' goal from the spot and the match ended 3-1.

The two clubs ended the stage tied on points at 10, but the two-goal margin was enough to secure second place for Olympiacos.