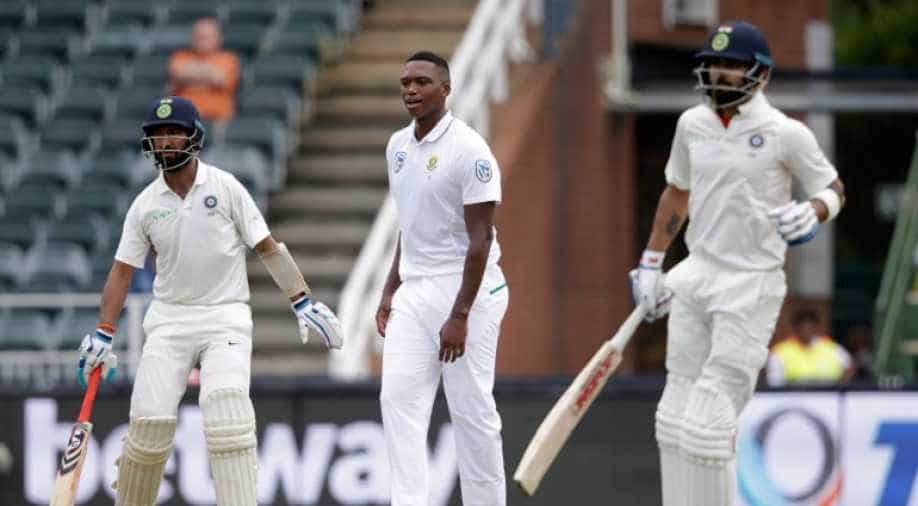 India on Wednesday won the toss and opted to bat first at the Wanderers Stadium. Photograph:( AFP )

Within half an hour of day one, India lost both its openers Murli Vijay and KL Rahul at 8 and 0 respectively, in the third and final Test match against South Africa.

It was after that Pujara and Kohli played defensive and continued to take the attack of South African seamers.

Pujara, who spent over 30 minutes on crease did not open his account. He had faced 51 balls but his contribution was zero.

Whereas Kohli, played along with the ball to help India keep the scorecard ticking.

Rabada and Philander each struck for Proteas to give them an early advantage as India lost early two wickets during the third and final test match against South Africa.

Meanwhile, Ajinkya Rahane, who did not play the first two Tests was recalled on the strength of a strong record in overseas Tests.