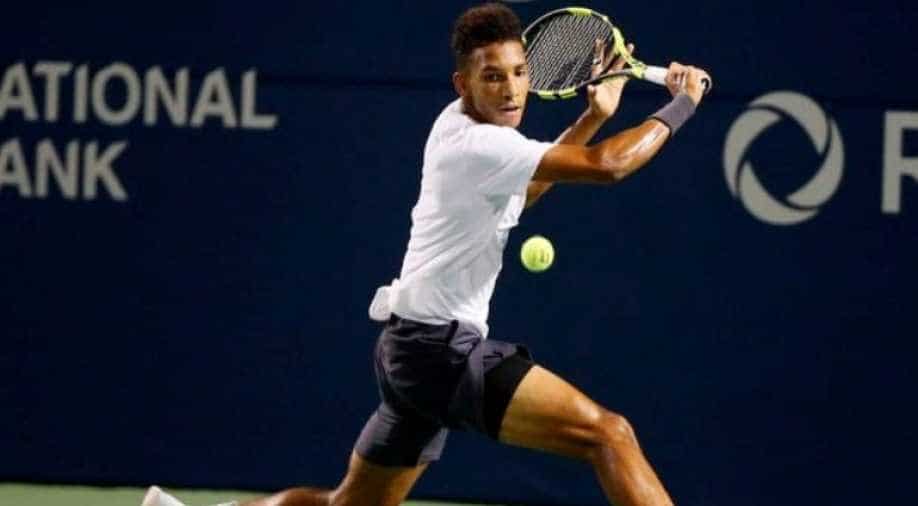 The 18-year-old will meet Laslo Djere on Sunday in a battle of first-time finalists after the Serbian's opponent Aljaz Bedene withdrew from the tournament with a leg injury.

Canadian teenager Felix Auger-Aliassime became the youngest man to reach an ATP 500 final on Saturday (February 23) when he overcame Pablo Cuevas 6-3 3-6 6-3 to progress to the final of the Rio Open.

The 18-year-old will meet Laslo Djere on Sunday in a battle of first-time finalists after the Serbian's opponent Aljaz Bedene withdrew from the tournament with a leg injury.

Auger-Aliassime had never reached the semi-final stage of any ATP tournament before coming to Brazil but he was outstanding against the 33-year-old Uruguayan, the Rio champion in 2016.

He landed 88 per cent of his first serves in the decisive third set and saved five break points earned by his experienced opponent.

Auger-Aliassime is just the fourth teenager to reach the final of an ATP 500 -- the 13 tournaments which rank just below the Masters series -- since the level was created in 2009.

The previous youngest was now world number three Alexander Zverev, who reached the final of the Halle tournament in 2016 aged 19.

Currently 104th in the world, the victory will see Auger-Aliassime break into the top 100 when the new rankings are announced on Monday.

Novak Djokovic vs Thanasi Kokkinakis live streaming: When and where to watch Wimbledon tie in India?