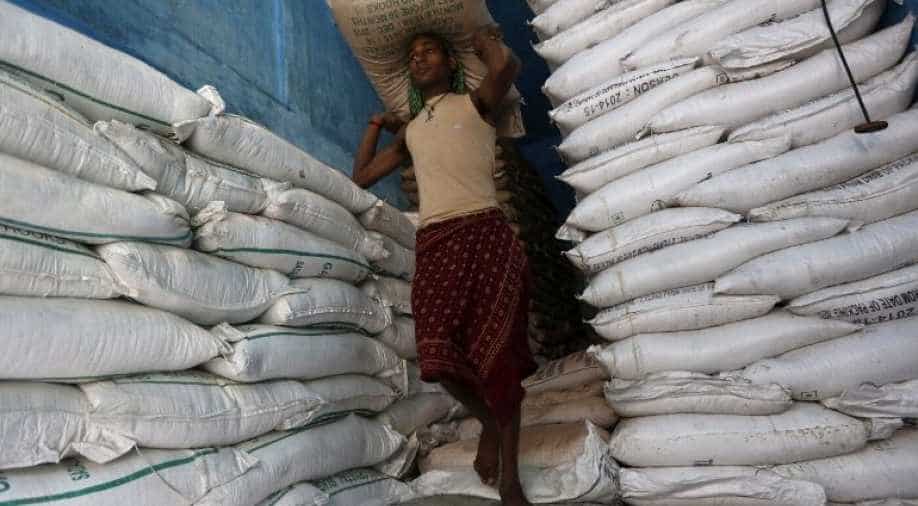 A labourer carries a sack filled with sugar in a store at a wholesale market in Kolkata. Photograph:(Reuters)
Follow Us

Some key industries in Wuhan, the Chinese city at the epicenter of the coronavirus epidemic, were told they can resume work on Wednesday, a day after President Xi Jinping visited the city for the first time since the outbreak began.

India's exports of sugar to Malaysia so far in 2020 have nearly tripled over the figure for all of last year, as Kuala Lumpur steps up purchases to placate New Delhi in a trade dispute that halted its palm oil exports to India, trade officials said.

The record-buying could also help India, the world's biggest producer of sugar, to cut stockpiles that are squeezing domestic prices.

India had been the biggest buyer of Malaysian palm oil for five years, but purchases ground to a halt after the January curbs, a retaliation for then prime minister Mahathir Mohamad's criticism of New Delhi's policy regarding its Muslim minority.

The trade body's data shows Malaysia has imported 324,405 tonnes of sugar from India this year. That compares with India's exports last year of around 110,000 tonnes and a 2008 record of 313,406 tonnes, according to trade estimates. Malaysia imported a total of 1.95 million tonnes of raw sugar in 2019, data from the International Sugar Organization on Refinitiv Eikon shows. It typically buys more from Brazil and Thailand than from India.

Kuala Lumpur's sugar purchases from India could easily surpass 400,000 tonnes in 2020, as some shipments are still in the pipeline, said a Mumbai-based dealer of a global trading house.

Kuala Lumpur may have asked refiners to give preference to India in sugar purchases, said another Mumbai-based dealer, adding, "It's an effort to please India."

Both dealers sought anonymity as they were not allowed to speak with media.

Malaysia has set itself a month's deadline to resolve the dispute over palm oil, its new Commodities Minister Mohd Khairuddin Aman Razali said on Wednesday, adding that he wanted to send a delegation to India as soon as possible.

"Malaysia can show that it is buying more goods from India than Indonesia," a Mumbai-based refiner said, adding that higher imports of farm commodities would give Malaysia grounds to argue in negotiations that New Delhi should resume palm oil purchases.

Indonesia is the world's biggest producer of palm oil, followed by Malaysia.

India, hoping to reduce its vast surplus stocks of sugar, has approved an export subsidy of 10,448 Indian rupees ($142) per tonne of the sweetener for the marketing year that will end on September 30.

Pig, about to get slaughtered, regains consciousness, kills butcher in Hong Kong