Yadav vs Yadav: Akhilesh, Ram Gopal's disqualifications were never taken back on paper 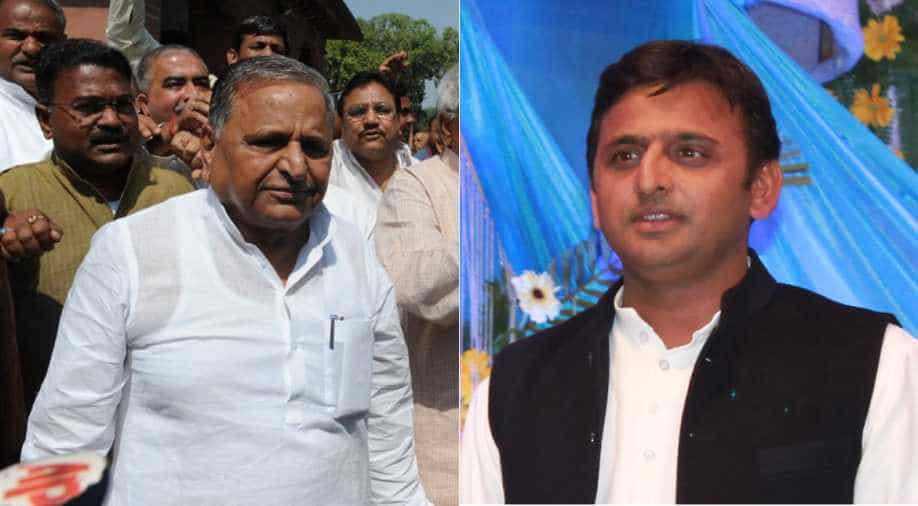 Mulayam termed the national convention as 'unconstitutional' and dismissed the proposals passed in it as 'illegal'. Photograph:( AFP )

Sources said revoking the duo's disqualification was conditional. It was decided that both Akhilesh and Ram Gopal would not conduct the party's national convention but they went ahead, and hence their disqualifications were not revoked.

Ram Gopal was sacked on January 1 for the third time by party patron Mulayam Singh Yadav after he declared Akhilesh the new national president of the Samajwadi Party at a special national party convention.

Mulayam termed the national convention "unconstitutional" and dismissed the proposals passed in it as "illegal".

A letter issued by Mulayam blamed Ram Gopal for 'conspiring' to harm the party.

Only the party president can call a convention, and not disqualified members.

On December 30, the feud-riddled Samajwadi Party had hurtled towards a split after Mulayam expelled Akhilesh and Ram Gopal from the party for six years.

The shock move came a day after Akhilesh, the party patriarch's son, came up with his own list of 235 candidates for the assembly polls.

As the crisis within the Samajwadi Party refuses to die down, Ram Gopal is schedule to meet with the officials of Election Commission to stake claim for the party symbol 'Cycle'.

Mulayam on Monday postponed the January 5 emergency convention. No fresh date has been announced for the convention.