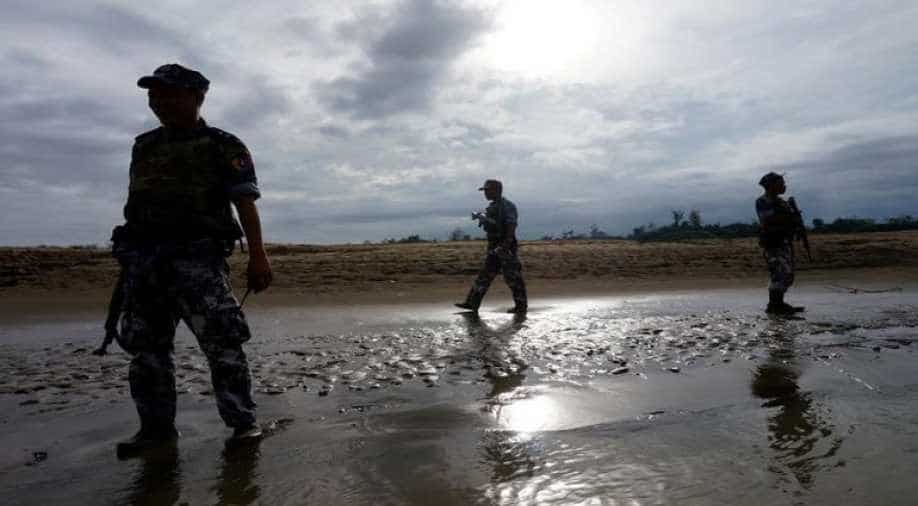 The World Bank last week published the first details of a proposal to fund cash-for-work programmes, and support small businesses in one of Myanmar's poorest regions, through the government.

Aid groups and human rights advocates have warned the World Bank that a $100 million development project it is planning for Myanmar’s conflict-riven Rakhine State could worsen tension there.

The World Bank last week published the first details of a proposal to fund cash-for-work programmes, and support small businesses in one of Myanmar's poorest regions, through the government.

The western state was where Myanmar’s military unleashed a campaign in response to insurgent attacks in 2017 and drove out 730,000 Rohingya Muslims, a minority in Rakhine that is denied Myanmar citizenship and faces severe restrictions.

A conflict with another insurgent group, the Arakan Army, which recruits from the mainly Buddhist Rakhine ethnic group, has displaced more than 30,000 since late last year.

“It is difficult to imagine how meaningful recovery and development are possible in Rakhine without addressing the underlying human rights issues that currently impact every aspect of life for communities,” more than a dozen international non-governmental organisations (NGOs) in Myanmar said in a letter to the World Bank’s Myanmar office.

The letter, dated April 9, was obtained by Reuters.

The project would be the first major aid pledge for Rakhine State since the Rohingya exodus and a boost for Myanmar leader Aung San Suu Kyi, who has faced international criticism for her handling of the conflict there.

A UN fact-finding mission, which has called for top Myanmar generals to be prosecuted for crimes against humanity and genocide, said this week it had seen no evidence Myanmar was trying to resolve the crisis or facilitate the safe return of refugees.

Suu Kyi, for her part, has said development is key to resolving Rakhine's multiple crises. The proposal stems from a meeting between Suu Kyi and the bank's vice president for East Asia and Pacific, Victoria Kwakwa, in July last year.

In written answers to Reuters' questions, the World Bank said it shared the concerns over unresolved human rights issues in Rakhine.

The bank said it had condemned violence there and was providing Bangladesh with support to address the needs of Rohingya refugees until returns could be voluntary, safe and dignified.

"At the same time, we do not believe the international community can simply turn its back on the development needs of people in Rakhine State," the bank said, pointing to the "extremely pressing" needs there.

The project had not yet been approved by the bank's board, it said.

The proposed Rakhine Recovery and Development Support Project would give poor and vulnerable people training and other help, support entrepreneurs with grants to create jobs, and support the government's ability to implement and monitor those activities, the bank said in a document posted on its website on May 10.

Myanmar's system of checks for environmental and social risks "will need to be complemented and enhanced significantly" to meet the World Bank's standards, it said.

“The State Counsellor requested in one of our meetings the World Bank to use its global expertise to help create a 'peace dividend' by creating economic opportunities for diverse communities throughout Myanmar," the bank said on Friday. "This includes livelihoods opportunities in Rakhine State for all communities if conditions of non-discrimination and secure access to opportunities can be met.”

Myanmar government spokesman Zaw Htay said he was unable to answer a reporter's questions by telephone.

Initial discussions on the project with activists and aid workers early this year sparked worries an injection of cash could be counterproductive in the divided region, where hundreds of thousands of Rohingya and other Muslims remain under apartheid-like conditions.

About 128,000 have been confined to camps for almost seven years. Others can barely leave their villages, with their access to services like healthcare and education limited.

The International Commission of Jurists (ICJ) human rights group said it had "broad concerns about the project" after a meeting with bank officials.

"It seems unthinkable that the project could be effectively implemented while these restrictions remain in place," ICJ's director for Asia and the Pacific, Frederick Rawski, wrote in a letter to the bank dated March 15.

If Myanmar did not address freedom of movement and other concerns, he added, "a large development initiative could exacerbate rather than reduce social tensions".

NGOs said in the other letter seen by Reuters that the World Bank would need to ensure Muslims in Rakhine had access to citizenship and freedom of movement and that the project is independently monitored to make sure bank funds were "not enabling or supporting segregation".

The World Bank said it was deeply concerned about the restrictions on the Rohingya and had raised these concerns with the government.

"The project is being carefully prepared so that it does not reinforce or perpetuate movement restrictions or other forms of segregation, and that it creates new openings for social cohesion and positive exchanges between communities," it said.