We have to stop violence and agree on humanitarian ceasefire: Afghan government to Taliban during intra-Afghan talks 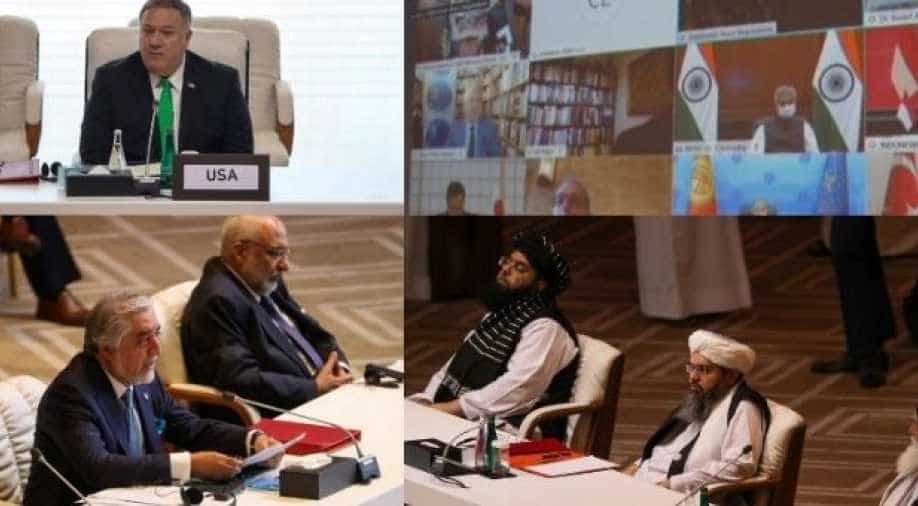 "Our expectation is that the soil of Afghanistan should never be used for any anti-India activities," India's foreign minister said, adding, "it must respect national sovereignty and territorial integrity of Afghanistan and must promote human rights & democracy," while reiterating that it should be "Afghan-led, Afghan-owned and Afghan-controlled".

"I want all to consider Islam in their negotiations and agreements and not to sacrifice Islam to personal interests," Baradar said even as US secretary of state called both factions to "seize the opportunity".

"We will undoubtedly counter many challenges in the talks over the coming days, weeks and months. Remember, you are acting not only for this generation of Afghans but for future generations as well, your children and your grandchildren," the US secretary of state said.

The Afghan government's chief negotiator Abdullah Abdullah called for a "humanitarian ceasefire" with the Taliban.

"We have to stop violence and agree on a ceasefire as soon as possible. We want a humanitarian ceasefire," Abdullah said. "I can tell you with confidence that the history of our country will remember today as the end of the war and suffering of our people," he added.