US defense secretary Mattis and NATO chief Stoltenberg in Kabul 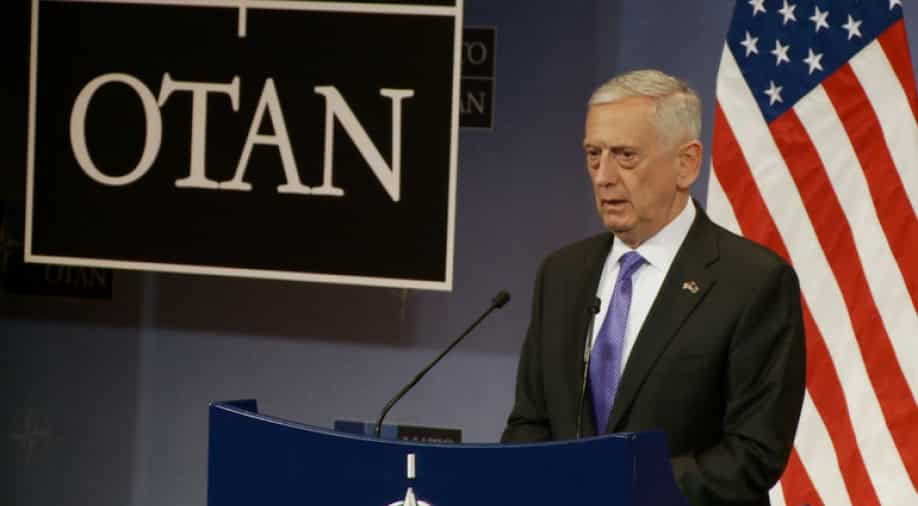 NATO allies will increase troop numbers in Afghanistan to help the government battle a resurgent Taliban but there is no question of returning to a combat role, the alliance's chief Jens Stoltenberg says. Photograph:( AFP )

Mattis is the first member of the US president's cabinet to visit Afghanistan since the strategy announcement to keep American boots on the ground there indefinitely.

The unannounced high-level visit comes as Afghan security forces struggle to beat back the Taliban, which has been on the offensive since the withdrawal of US-led NATO combat troops at the end of 2014.

The resurgent militants have promised to turn Afghanistan into a "graveyard" for foreign forces and have been mounting deadly attacks as they maintain control over large swathes of the country.

US generals have for months been calling the situation in Afghanistan a "stalemate", despite years of support for Afghan partners, continued help from a NATO coalition and an overall cost in fighting and reconstruction to the United States of more than $1 trillion.

The war turns 16 next month and is America's longest-ever conflict.