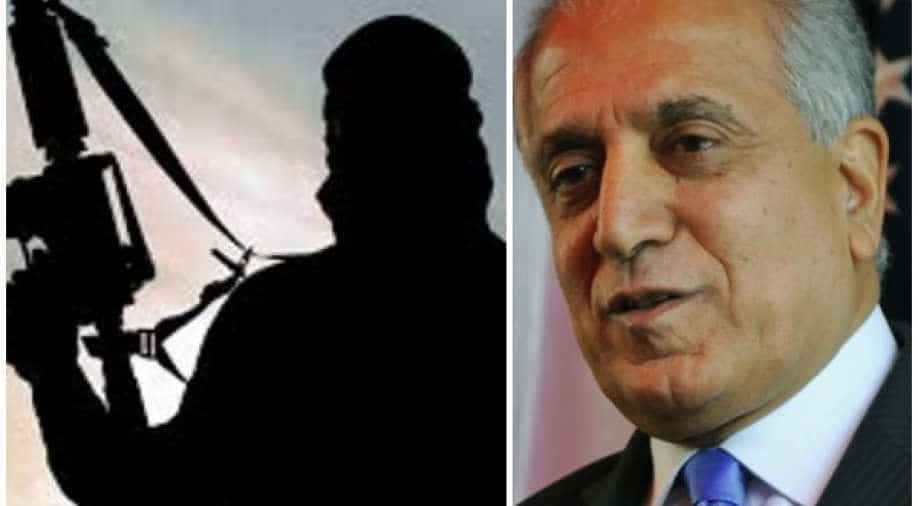 The US and the Taliban have made "excellent progress" in the latest round of talks in Doha to craft a peace deal, Washington's Afghanistan envoy said on Monday.

The foes have been meeting in Qatar since Saturday for an eighth round of talks to thrash out a historic accord that would slash the US military presence in Afghanistan.

In return, the United States is demanding that the Taliban prevent the country from being used as a safe haven for jihadist groups including Al-Qaeda.

"Building on excellent progress in Kabul last week, I've spent the last few days in Doha, focused on the remaining issues in completing a potential deal with the Taliban," tweeted US envoy Zalmay Khalilzad.

The conclusion of a deal "would allow for a conditions-based troop withdrawal," he wrote adding that "we have made excellent progress."

The Taliban did not immediately respond to requests to comment on the talks' progress.

Khalilzad said that he was flying to New Delhi "for pre-scheduled meetings to further build international consensus in support of the Afghan Peace Process".

A deal between the two sides could pave the way for direct talks between the government of President Ashraf Ghani, although the insurgents view his administration as illegitimate.

"My team and Taliban representatives will continue to discuss technical details as well as steps and mechanisms required for a succesful implementation of the four-part agreement we've been working toward since my appointment," Khalilzad tweeted.

"Agreement on these details is essential," the US envoy added.

The four pillars of any deal would be a US withdrawal from Afghanistan, a commitment by the militants not to shelter jihadists, intra-Afghan dialogue, and a ceasefire.

The US invaded Afghanistan in 2001 and toppled the Taliban, accusing it of harbouring Al-Qaeda jihadists who claimed the September 11 attacks against the US that killed almost 3,000 people.

But despite a rapid conclusion to the conventional phase of the war, the Taliban has waged a formidable insurgency, bogging down US troops for years.

Washington wants to strike a peace deal with the Taliban by the end of this month -- ahead of Afghanistan's presidential election that is slated for September 28.

US President Donald Trump told reporters at the White House last week that "we've made a lot of progress. We're talking".

However, even if the US and the Taliban come to an agreement, massive questions remain over what would follow an accord.

The US has said any withdrawal of its troops would be "conditions-based", whereas the Taliban is insisting on a full pullout of foreign forces before making commitments of its own.

Washington sees an agreement with the Taliban as a precursor to the insurgents then striking a peace deal with Afghanistan's government.

The Afghan government has formed a negotiating team for talks with the insurgents that diplomats hope could be held later this month.

The United Nations has said that civilian casualty rates in Afghanistan jumped back to record levels last month, after a dip earlier in the year.

More than 1,500 civilians were killed or wounded in the conflict in July, the highest monthly toll so far in 2019 and the deadliest single month since May 2017.

Death toll from Myanmar jade mine landslide rises to 113