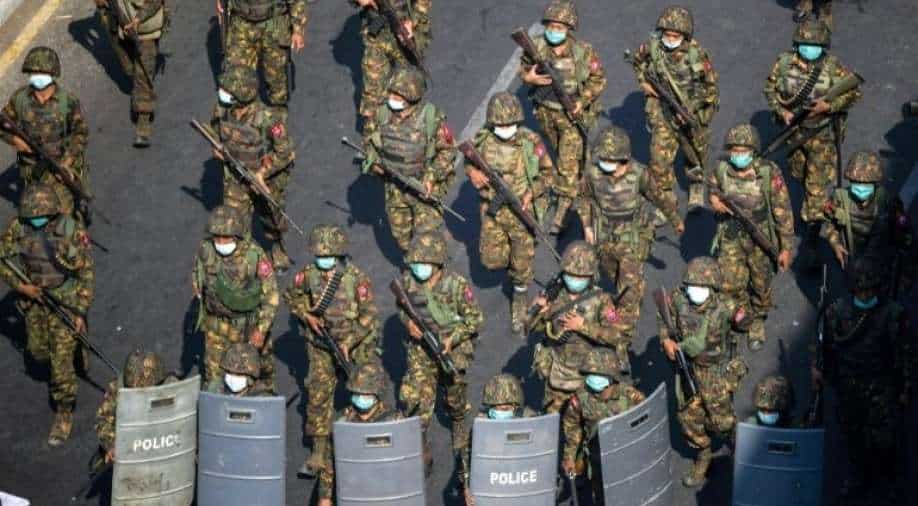 While some states imposed sanctions on military-controlled enterprises, gems, timber, and mining revenues, no sanctions were imposed on its oil and gas sector

A United Nations human rights investigator called on countries on Wednesday to impose economic sanctions on Myanmar's oil and gas sector to cripple the junta that took power five months ago.

Myanmar has been in crisis since the military ousted Aung San Suu Kyi's elected government on Feb. 1, unleashing nationwide anger that quickly turned into protests and strikes brutally suppressed by security forces, with nearly 900 killed.

"I am talking about economic pressure, cutting off the revenue that the military junta needs to continue its reign of terror. I'm talking about cutting access to weapons and dual-use technology," Thomas Andrews, special rapporteur on human rights in Myanmar, told the UN Human Rights Council.

No state had imposed sanctions on its oil and gas sector, although some had slapped them on military-controlled enterprises and revenue from gems, timber and mining, he said.

"Oil- and gas-sector revenues are a financial lifeline for the junta and are estimated to be close to what is needed for the junta to maintain the security forces that are keeping them in power. They should be stopped," he said.

Andrews, a former US congressman from Maine, called for forming an 'Emergency Coalition for the People of Myanmar', essentially a group of states, that would also ban the export of arms to the military. "There needs to be pressure," he said.

The United States called for decisive action to prevent further bloodshed. "We urge all nations to cease the export of arms and transfer of dual-use technology to the military junta," said Meryn Schneiderhan of the US mission to the UN in Geneva.

The United Nations must be allowed to deliver humanitarian aid to civilians in Myanmar, as agreed with the Association of Southeast Asian Nations (ASEAN), without it being "instrumentalised" by the military, she said.

The ASEAN bloc agreed on a five-point consensus with junta leader Min Aung Hlaing in April, "but unfortunately the Myanmar military leadership have shown little sign of abiding by it", Bachelet said.

"It is urgent for ASEAN to appoint a special envoy or team to get some kind of political dialogue underway. I encourage ASEAN to engage with the democratic leadership and civil society, not just the military front," Bachelet said.