Two Kashmiri athletes denied US visa due to 'current policy' 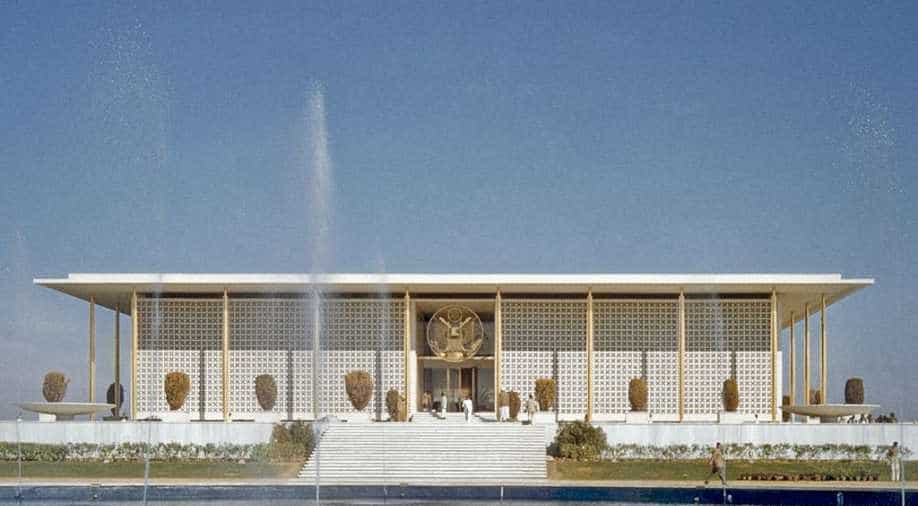 The two athletes -- Abid Khan and Tanveer Hussain -- were told their visa request was cancelled when they visited the US embassy in New Delhi (in picture). Photograph:( Others )

Two athletes from India's Kashmir were reportedly denied visa by the United States, apparently due to the country's "current policy".

The athletes were denied days after US President Donald Trump signed an executive order banning Muslims from entering the country, The Times of India reported.

Abid Khan and Tanveer Hussain -- who are snowshoers -- were planning to visit the US to compete in this year's World Snowshoe Championship in New York on February 24 and 25.

Mayor of the Village of Saranac Lake in New York, Clyde Rabideau, wrote on Facebook that the athletes were rejected due to "current (US) policy".

Abid Khan said they were denied visa despite not missing "any supporting document".

"The lady officer at US embassy in New Delhi after checking all docs (sic), just went inside into another room. After returning she said 'Sorry, due to our current policy we cant issue you visa'," Khan said, according to The Times of India.