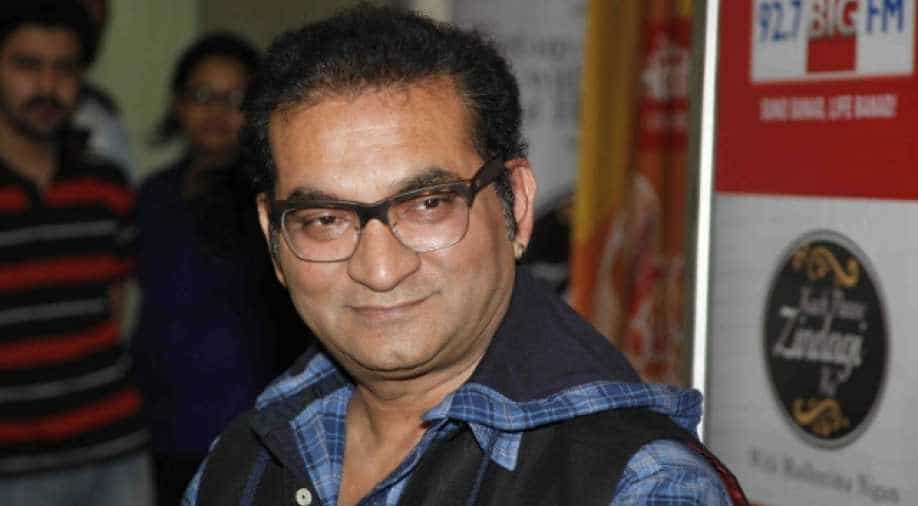 Abhijeet has been prone to shooting off barely thought-out tweets in the past, which eventually drew Twitter's censure. Photograph:( Zee News Network )

The micro-blogging site has once again suspended his new account, with which he made a comeback on Monday.

Last week, the singer's account was debarred following his offensive comments against some female users.

Abhijeet re-joined the micro-blogging site with a new unverified account on Monday and posted a video, where he alleged that people are trying to 'curb' his voice, adding, he will denounce those people who criticize the country and the Indian Army.

"#VandeMatram I am back #Antinationals can't stop my voice, salute to #IndianArmy. This is my new Twitter account... Rest are fake..." he captioned the video.

Before suspension of his new account, the 58-year-old singer spoke to ANI about his come back, where he said, "It's because of us that Twitter gets followers, not the other way round. But people who don't have any followers are running Twitter, who have made it a platform to voice out their opinions."

Adding, "I know many users who abuse a person left, right, and centre but still their accounts are never suspended. What I said was just 'Besharam Budhia' or supported Paresh Rawal on his tweet regarding Arundhati Roy..and still my account was suspended."