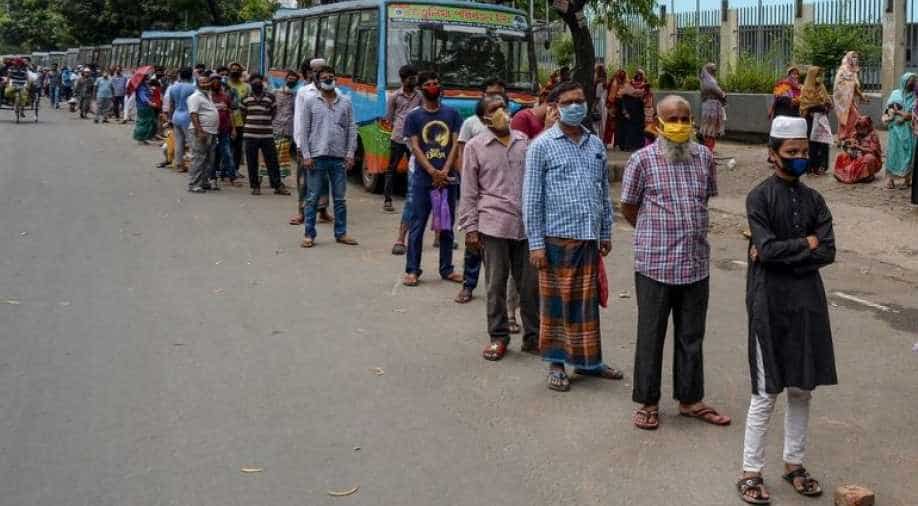 The government, in a gazette notification, allowed markets and shopping malls to remain open from 10 am to 4 pm from Sunday while maintaining health guidelines and social distancing measures.

Thousands of people rushed to the markets and a large number of vehicles led to traffic snarls in Dhaka as the Bangladesh government began to ease the COVID-19 lockdown, amidst fears that the disease may spike as the country reported over 14,000 cases of COVID-19, according to a media report on Monday.

The government, in a gazette notification, allowed markets and shopping malls to remain open from 10 am to 4 pm from Sunday while maintaining health guidelines and social distancing measures, the report added.

The government has also allowed congregational prayers at mosques from Thursday in compliance with a set of guidelines issued by the government.

According to the Directorate General of Health Services, the country's total number of COVID-19 cases climbed to 14,657 on Sunday, while 228 people have lost their lives to the disease.

A large number of vehicles, including cars, trucks and auto-rickshaws, led to traffic congestion in Dhaka while markets were flooded with people barely maintaining physical distancing, bdnews24.Com reported.

Police said they were trying to ensure that no one will be allowed to venture out unless they have an emergency. Bangladesh last week extended the nationwide lockdown till May 16.

The government initially declared a general holiday on March 26 for 10 days. Later, that was gradually extended till April 25 as the country kept seeing a rise in the number of cases and deaths from COVID-19.

Bangladesh later extended the nationwide shutdown until May 5.