Indian cities are a study in stark contrast of skyscrapers and slums Photograph:( Others )

Indian cities are a study in stark contrast; glass and steel skyscrapers stand next to densely packed informal settlements, hawkers and walkers jostle for space on non-existent pavements while roads are choc a bloc with vehicular traffic. Malls selling global brands have mushroomed next to ramshackle clusters of small manufacturing units, producing and recycling everyday goods. Exclusive gated residential complexes have sprung up in environmentally sensitive areas in clear violation of land use regulations; while shanties built precariously along canals face the constant threat of evictions.

Given the unevenness of urban development, it seems that planning Indian cities is a futile and impossible task. The deep imbrication of formal and informal modes of urbanisation is clearly evident, as is the complicity of the state in bypassing its own planning laws, and the stark and persisting socio-economic inequalities in urban spaces.

Yet, our cities today are at the centre of the processes of globalization, liberalisation, and the accumulation of corporate capital as they generate a large share of the GDP. Therefore, there is an even greater urgency on the part of the government to create competitive world-class cities.

What role will urban planning play in this urban restructuring? What will be the outcome? How has planning evolved over the last hundred years?

City planning has its origins in colonial British rule when it was used as an instrument of territorial control. It divided the city into areas that received infrastructure and those that became dumping grounds for undesirable activities – from tanneries to units producing illicit alcohol and prostitution – all couched under the narrative of promoting public health, safety, and hygiene.

Native elites influenced programmes of slum clearance, zoning, improvement schemes, and the location of infrastructures. These decisions were invariably linked to protecting private property or facilitating trade and commerce.

In the post-independence era, urban planning was codified as a long- term, rational and bureaucratic process. It evolved as a top-down, state-directed, value neutral, an expert-driven process that primarily focused on land use zoning in the interest of (an ill-defined) public good.

Planning laws and regulations were framed, technical and teaching institutions were developed, and instruments were borrowed from the West. Much of these grand planning exercises, however, remained on paper due to their procedural rigidity, as well as for the lack of political will. To add to it, there was institutional fragmentation, weak capacities, and absence of granulated data. To add to everything else, there were inadequate finances to implement the plans.

Plans turned into static artefacts; they were divorced from urban realities as well as the dynamic, messy, and unpredictable nature of urbanisation. Planning thus led to the displacement of the poor from the core areas, exacerbating inequality but it also created road networks, housing for different social classes, public parks, and gardens.

For a brief period in the mid-seventies, city planning even attempted unsuccessfully to redistribute private property and channel it into public housing and the provision of urban amenities.

With economic liberalisation, planning has become an instrument to unlock land values. This has entailed a shift from Master Plans to mega-project based planning that is undertaken by special purpose vehicles that bypass elected Urban Local Bodies (ULBs). Although tasked with land use and socio-economic planning for cities as part of the 74th Constitutional Amendment Act of 1992, ULBs lack autonomy to determine the future of their cities as they are circumscribed by the actions of higher levels of government.

There is a pervasive and uncritical faith in technology in future-proofing cities, and yet this fails to grapple with present day problems of citizens. Greenfield cities are being planned without heed to environmental considerations or climate changes. Land pooling has replaced the traditional route of using eminent domain to assemble land. New urban aspirations, urban visions, and imaginations drive contemporary planning processes; South Asian cities such as Singapore and Shanghai bear proof to this process.

City investment plans, bonds, credit rating play an increasingly important role in deciding future development trajectories. However, for the majority of the urban poor inhabitants who are relegated to the city margins, it remains a daily struggle to access the most basic urban services, often mediated by an emerging class of intermediaries such as non-governmental organisations and local self-appointed influential powerbrokers.

Fortunately, resistance to such projects has also grown over the years often stalling megaprojects, or significantly changing, modifying, adjusting or even subverting these plans. Planning is being reconceptualised as an active, democratic and dynamic arena of contestation; a multitude of voices and contradictory interests need to be heard and engaged with in order for planning to be relevant.

New actors are entering, contesting, and reshaping the practice of planning. This includes private planning consultants, middle-class citizen groups, subaltern groups, community activists, parastatals, international financial institutions, and private developers. Thus, a new of politics of planning and theory of planning that are rooted in the particularities of the Global South is fast emerging. It challenges the very objectives, designs, and standards of plans as well as their implementation or not.

It raises pertinent questions about who benefits from these plans, who gets excluded, and who should be held accountable.

Ongoing experiments in democratising planning from the bottom up, particularly by the urban poor and recognizing it as an important public arena for expanding rights to the city hold the key to the relevance of urban planning. 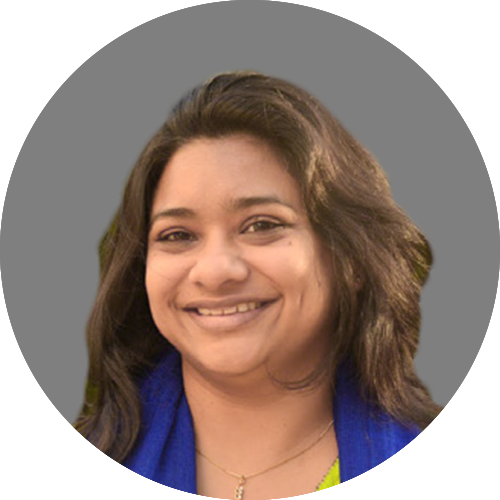 Ratoola Kundu is the Chairperson, Centre for Urban Policy and Governance at the School of Habitat Studies in Tata Institute of Social Sciences. She is an expert on planning of new towns and socio-spatial transformation of cities in the global south.