The case for, against making national anthem in India's cinema halls compulsory 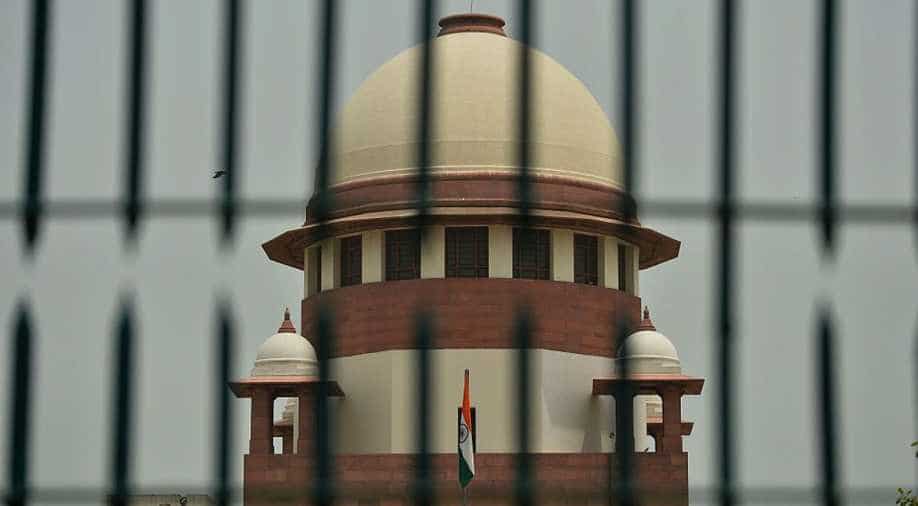 It used to be compulsory for cinema halls to play the national anthem in the 60s -- and people by and large stood for it. But the practice faded away over time. Photograph:( Getty )

The Supreme Court of India on Wednesday passed an interim order making it mandatory for all cinema halls to play the national anthem.

In its order, the court stated that it is compulsory for all those in the movie hall to stand up while the national anthem is being played as a mark of respect.

The court was hearing a public interest litigation on the basis of a petition filed by Shyam Narayan Chouksey, who runs an NGO in Bhopal.

The judges said, "When the national anthem is played it is imperative for everyone to show honor and respect. It would instill a sense of committed patriotism and nationalism."

"The time has come that people must feel and show respect to the national anthem, the symbol of constitutional patriotism."

The judgement had a mixed response on social media.

While some claimed it would strengthen the national integrity of the country, others were of the view that it was a violation of their fundamental right.

It has caused equal confusion among constitutional experts who are trying to analyse the judgement in the light of the Indian constitution.

Earlier last year, Madras high court had said that people are not bound to stand for the anthem in cinema halls.

Commenting on the order, Anup Surendranath, a constitutional expert and former registrar at the Supreme Court of India said, "I am really surprised to have come across that it is included in the interim order, which makes it a law under article 141 of the Indian constitution to be implemented within 10 days. The judgement contradicts earlier case laws where courts have stated that it is not compulsory for anyone to stand up for the national anthem."

A prominent leader from Janata Dal (United), refusing to come on record, said the judgement would further help push the right wing propaganda of causing jingoism in the name of nationalism in the country.

"No one should have a problem with the national anthem being played or people standing for them, but what is important is to keep in view that such a judgement would give legitimacy to right wing goons who have beaten up handicapped for not standing for national anthem in cinema halls," he said.

Some of the people WION spoke to said that it will cause chaos in situations of emergency inside the theater.

Rahul, a young student at Delhi University said, "I do not have any problems in standing for national anthem but it seems that the court has not considered the fact that in emergency situations, it will end up causing chaos and even disaster whith gates of the cinema halls being closed. Otherwise, I dont think there is any reason for the youth of the country to differ with the judgement."

However, political scientists like Abhay Kumar Dubey of the Centre for the Study of Developing Societies (CSDS) believe that rather than forcing people and cinema halls to play and stand for national anthem, it is important that laws meant for protecting the dignity of national flag and anthem be implemented properly.

"In my opinions these issues are not of universal value, if you look at various democracies, you will find that it terms of law, democracies are at variance, in this particular aspect, the presiding deity should be liberalism rather than Nation-list outlook. I think what is important is that laws be implemented properly which calls for punishing people insulting the national anthem or the national flag."

Government in the meanwhile has responded positively to the order and has assured the court that all measures will be taken to implement the order within 10 days.