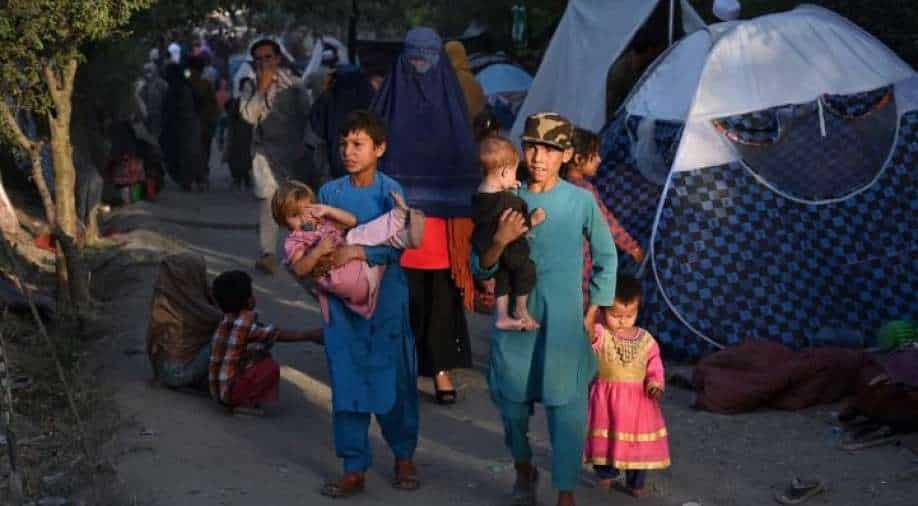 A customs officer said that there are cigarettes, batteries, food items, and some drinks which they give to the locals. However, in return, they get sugar, flour, pulses, etc. "Some of the bags contain illicit drugs and narcotics which these children try to sell cheaply here in Pakistan, but due to strict checking at the Torkham border, these children are caught."

Since the Taliban took control of Afghanistan, the illegal trafficking of Afghan children and the illegal sale and purchase of goods have been on the rise in the region. Due to the hunger and humanitarian crisis, the illegal buying and selling of goods across the border has increased manifold as little children on the Torkham border carrying sacks on their backs and tying them on their shoulders with ropes and running behind the truck have been spotted with Taliban fighters present at the entrance to Afghanistan.

The children, aged between three and 10 years, watch every passing truck so that they can somehow get on board and enter Pakistan, where they could sell goods and buy sugar and flour in return. Meanwhile, border security officials chased trucks carrying children. Four or five-year-old children hiding inside the tyres of these large trucks were pulled out by security officials and sent back to the Afghan border, reported The Frontier Post.

A customs officer said that there are cigarettes, batteries, food items, and some drinks which they give to the locals. However, in return, they get sugar, flour, pulses, etc. "Some of the bags contain illicit drugs and narcotics which these children try to sell cheaply here in Pakistan, but due to strict checking at the Torkham border, these children are caught."

He added that many children die because of accidents due to hiding or hanging in trucks, the Frontier Post quoted, citing the custom agent.Taliban fighters are often seen across the border chasing the children so that they will not cross the gate, but hunger and need have taken away all the fear of those innocent children, the report added. In another statement, a local shopkeeper said, "We are at a loss because we buy and sell goods at full price after paying taxes, but some locals also take advantage of these children by buying cheap goods without paying taxes."He said that it was the responsibility of the international community and human rights organisations to address the humanitarian crisis in Afghanistan and to take some steps for the education of these children so that they do not resort to illegal means in their livelihood as the Taliban's atrocities have been on an incessant rise in the country and its nearby regions. A customs officer said that the issue is raised at the monthly and weekly meetings of the border management, which are attended by security officials from Pakistan and Afghanistan, The Frontier Post reported. Notably, the situation of human rights in Afghanistan has worsened since the collapse of the Afghan government and the Taliban's return to power in August last year.

Although the fighting in the country has ended, serious human rights violations continue unabated, especially against women and minorities.Islamic Emirate of Afghanistan faced criticism inside and outside Afghanistan for imposing restrictions on women. 2021 has been the worst year for Afghan women as the Taliban, after assuming control of Afghanistan, has rolled back access to their right to education and work. However, they also snatched it later for an indefinite period of time.

The Taliban has imposed draconian restrictions on the rights to freedom of expression, association, assembly, and movement for women and girls. As a result of this, women and girls in Afghanistan are facing a human rights crisis, deprived of the fundamental rights to non-discrimination, education, work, public participation, and health.

The women in the country are staring at a bleak future due to a number of restrictions imposed by the Taliban governing aspects of their lives within ten months of Afghanistan's takeover. Women are no longer allowed to travel unless accompanied by men related to them, and they are being curtailed from wearing make-up as well as their reproductive rights.

A series of deadly blasts, especially targeting minorities, have hit Afghanistan in the past few weeks. The series of explosions and vulnerable security conditions, particularly for minorities, have drawn worldwide condemnation, including from the United Nations (UN), the European Union (EU), the United States (US), and others.