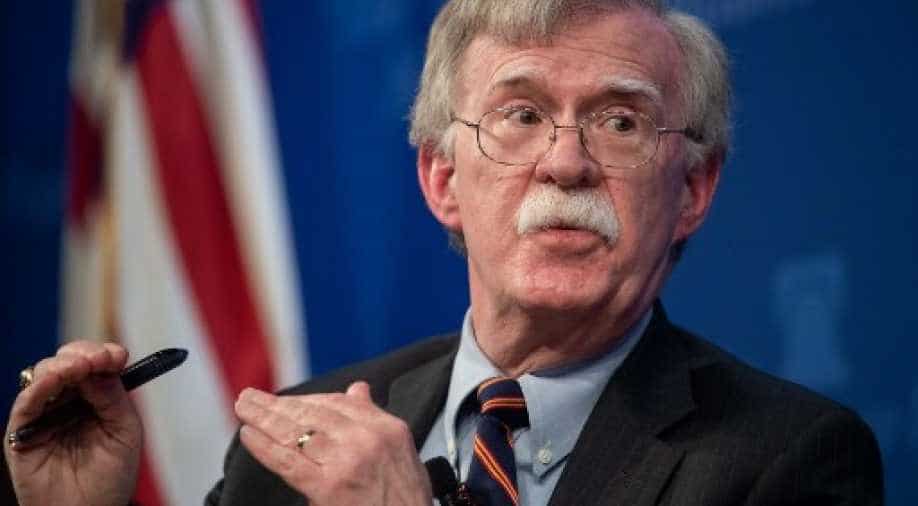 Former US national security advisor John Bolton said that Taliban may obtain nuclear weapons from Pakistan. Bolton had served under the then-President Donald Trump. He criticised US President Joe Biden's hasty military withdrawal from Afghanistan. Bolton has been a vocal critic of American foreign policy

In a conversation on WABC 770 radio station, former US national security advisor John Bolton said on Sunday that Taliban may obtain nuclear weapons from Pakistan.

Bolton, who served under the then-President Donald Trump, criticised US President Joe Biden's hasty military withdrawal from the war-torn Afghanistan.

Bolton added it was possible that nuclear weapons could be obtained from Pakistan should Islamist insurgents get hold of them.

The abrupt US troops withdrawal allowed the Taliban to rapidly take over and bring the country once again under their control.

In recent times, Bolton has been a vocal critic of American foreign policy. He has also been critical of his former boss.

He has been giving views about US policies regarding the Middle East, especially Iran. He has also expressed support for Israel's right to act in its own security interests.

The former NSA has also supported pre-emptive strikes against hostile regimes, such as Iran and North Korea.

However, he also complimented Biden for the nuclear submarine deal with Australia. He says the deal is a way to counter China threat.

US is only giving nuclear submarines. "These are what we call hunter-killer submarines," Bolton explained.

“It’s a huge step forward for us in the Indian Ocean and the Pacific Ocean. It’s a real signal to China that we are determined not to let them just run wild,” added Bolton.