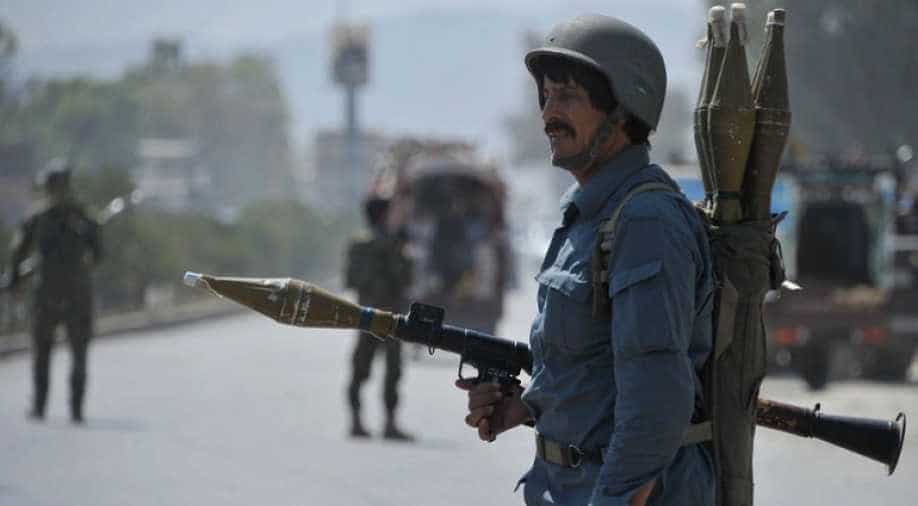 With the onset of winter, the security situation has eased on most fronts in recent weeks after a particularly brutal fighting season. In photo: An Afghan policeman armed with a rocket-propelled grenade (RPG) launcher. Photograph:( AFP )

Taliban has killed 23 civilians after they lost 29 of their fighters in an abortive attack on police checkpoints in southern Afghanistan, police said on Friday.

"Following the Taliban attack, 29 Taliban fighters were killed and a number of others sustained injuries, and large numbers of weapons and ammunition were confiscated from them," the statement said.

"The brutal enemy after suffering defeat against Afghan forces, took their revenge by killing 23 civilians including five children and two women," it added.

According to AFP, the police statement said that the Taliban had sought refuge in the homes of civilians and killed them after they opposed the insurgents.

"After their defeat, the Taliban wanted to hide in the houses and when the civilians showed their opposition, the Taliban killed them," he said.

"Six members of a policeman's family were among the victims. In total 23 people (civilians) were killed."

Nesh district borders the Uruzgan province, a major opium producer and has a high Taliban presence. But its population is known to be pro-government and insurgents rarely intervene there.

With the onset of winter, the security situation has eased on most fronts in recent weeks after a particularly brutal fighting season which left nearly  2,600 civilians dead and another 5,800 wounded in the first nine months of the year, according to the UN.

The Afghan military has also suffered at least 2,000 casualties since January, AFP reported. A record half million people have been displaced by fighting.