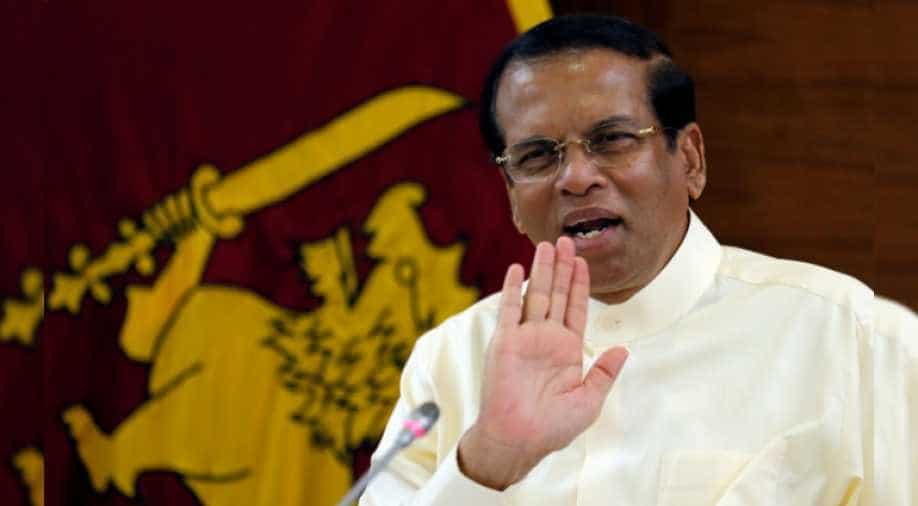 Sri Lanka been in crisis since Maithripala Sirisena replaced Prime Minister Ranil Wickremesinghe with Mahinda Rajapaksa last month, and then issued an order dissolving parliament and calling for a general election.

The sources said the president may now rescind the order, effectively pre-empting a court ruling that they expect to overturn his decision anyway.

Sri Lanka's top court stayed the dissolution order pending a hearing on its constitutionality that starts on Tuesday, allowing parliament to resume meeting.

Rajapaksa, a former president, has lost two confidence votes in parliament but has refused to resign.

"There is a possibility of withdrawing the gazette," said a source in regular discussion with Sirisena, referring to the official announcement by which the president dissolved parliament. "I have no doubt that the Supreme Court would say that dissolution was wrong."

A spokesman for Sirisena, Dharmasri Ekanayake, said he was unaware of any such plans.

A second source in Sirisena's party said the president was looking for a "dignified exit" by withdrawing the dissolution order as the court was unlikely to rule in his favour.

The Supreme Court is expected to announce its decision as early as Dec 7.

Foreign countries have yet to recognise the new government. The impasse has also pushed the island's currency to record lows, caused turmoil on its stock and bond markets, and raised fears it may not be able to service debts to finance reconstruction following a 26-year civil war that ended in 2009.

Rajapaksa is seen as a hero by many among Sri Lanka’s Buddhist majority for ending a bloody war with Tamil rebels in 2009, but has been accused by diplomats and international rights groups of human rights abuses, which he denies.

Sirisena came to power in 2015 on a pledge to uphold democracy and stamp out corruption, but his popularity has been hit by a crisis many say he triggered because of personal differences with former Prime Minister Wickremesinghe.

The crisis deepened on Friday when parliament voted to halt payment of ministers' salaries - a move to pressure the disputed government of Rajapaksa. Rajapaksa loyalists boycotted the vote saying it was illegal.

Separately on Friday, the country's Appeal Court began a hearing on a petition signed by 122 legislators that challenged Rajapaksa's authority to hold office after he lost the no-confidence votes earlier this month.