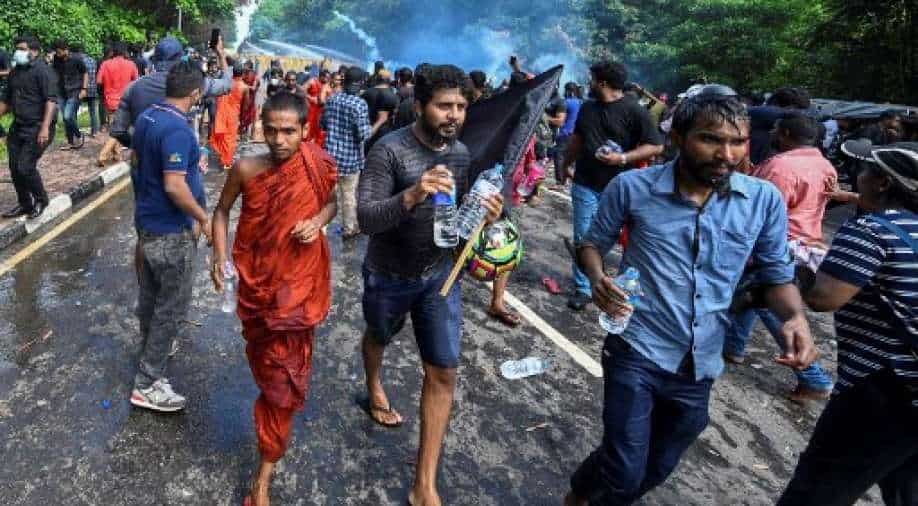 Police use tear gas and a water canon to disperse university students during protests in Colombo Photograph:( AFP )

According to reports, trade unions in the country have threatened to continue strikes while calling for President Rapaksa Gotbaya's resignation.

The funding is part of the EU's contribution to the Disaster Relief Emergency Fund (DREF) of the International Federation of Red Cross and Red Crescent Societies (IFRC).

Sri Lankan lawyers have urged President Gotabaya Rajapaksa to repeal the emergency declaration amid protests in the country.

According to reports, trade unions in the country have threatened to continue strikes while calling for President Rapaksa Gotbaya's resignation. The country was hit by a general strike on Friday as government and private offices remained closed.

Watch: Politics of silence and confusion in Sri Lanka

The Sri Lankan president had declared a state of emergency amid anti-government protests in the country. The president said an emergency was declared "in the interests of public security, the protection of public order and the maintenance of supplies and services essential to the life of the community".

Protesters had clashed with police as tear gas shells were thrown at demonstrators. The country has been hit by food and fuel shortages amid rising inflation.

The UNICEF cautioned adults to avoid exposing children to any form of violence, including during protests amid unstable political condiction in the country.

Sri Lanka's economic woes began during the pandemic as foreign remittances dried up and foreign reserves began depleting. The country had declared it was going to default on foreign debts.